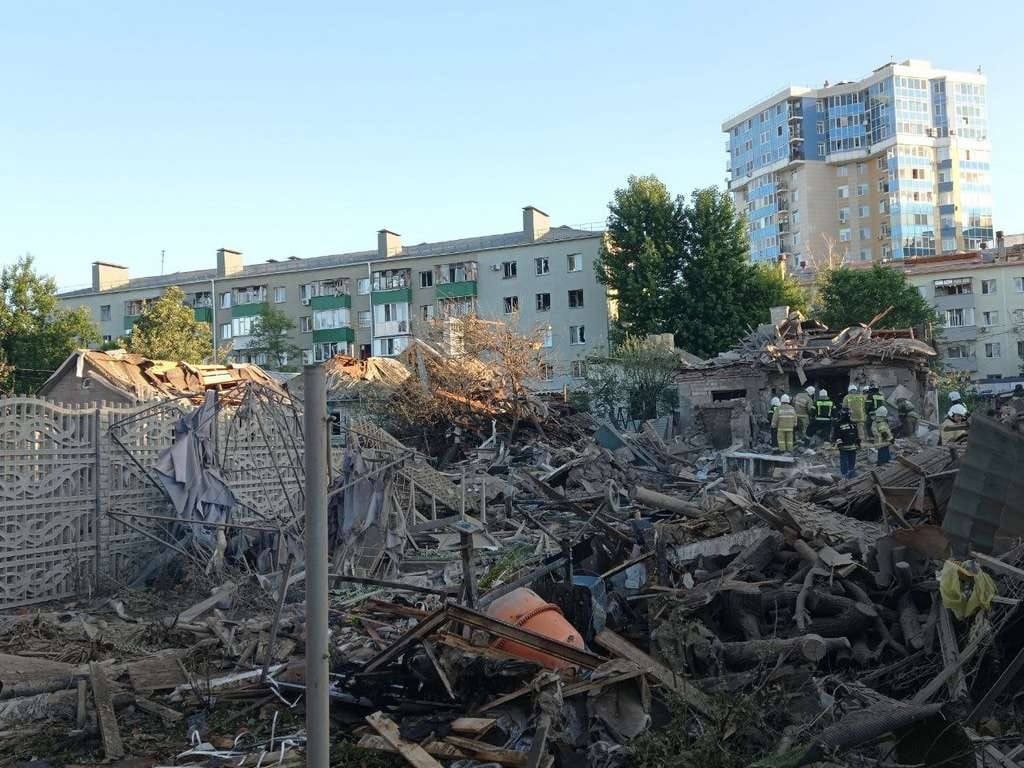 The Russian city of Belgorod located 30 kilometers from the border with Ukraine since has been constantly shelled by the Armed Forces of Ukraine February 24. However, the last night has become the most dangerous for the city residents since the start of the Russian special operation in Ukraine.

At about 3 a.m. local time, the Ukrainian military launched massive strikes on the city of Belgorod. As a result of the shelling, at least 5 civilians were killed, about 5 more were injured, including a 10-year-old child. According to Russian media, 3 members of a family from Kharkov, who moved to Russia after the outbreak of hostilities, died as a result of the attack. Civilian infrastructure was severely damaged. At least 40 houses were damaged, 5 of them were completely destroyed.

According to the governor of the Belgorod region Mr Gladkov, the attack was carried out with Ukrainian Tochka-U missiles.

“All the Tochka-U missiles fired by Ukraine at Belgorod were shot down, but one of them fell on a residential block after being damaged. Then there was its detonation and explosion,” the governor claimed.

The central streets of Chumichov and Mayakovsky were under attack. It can be supposed that the target of the strikes was the hospital for military veterans located nearby. However, the facility was not reportedly damaged.

Ukrainian media and Kiev officials tried to spread fake news that the Russian military struck at its own civilians. These claims are allegedly confirmed by a photograph of a Russian missile spotted in one of the damaged buildings.

In fact, the photos show the main engine of two-caliber missiles installed on Russian Pantsir-S1 anti-aircraft missile systems. After destroying the target, it separates from the missile warhead and falls to the ground. Since the interception was carried out over the city, it fell on one of the buildings. However, the engine does not cause significant damage, since it does not carry explosives, and the missile’s warhead is only about 20 kg.

At the same time, fragments of Ukrainian Tochka-U missiles were found in the area.

The city of Belgorod was not the only target of the Ukrainian military. Last night, Russian air defense systems shot down several Ukrainian drones in the Kursk region. In the morning, the AFU also fired mortars at the border village of Tetkino.

The Ukrainian attacks on the civilian population in Russia do not seem to pursue any military goals. They are of great political importance and threaten local residents. However, the military command of the Armed Forces of Ukraine is well aware that Russian cities are well protected by Russian air defense systems and have to have any more important goals to carry out such provocations. Thus in this case, the process is more important than the goals. Kiev is most likely testing Russian air defense systems, seeking to find any weaknesses and transmit the necessary information to its foreign “partners” and NATO “military advisers”.