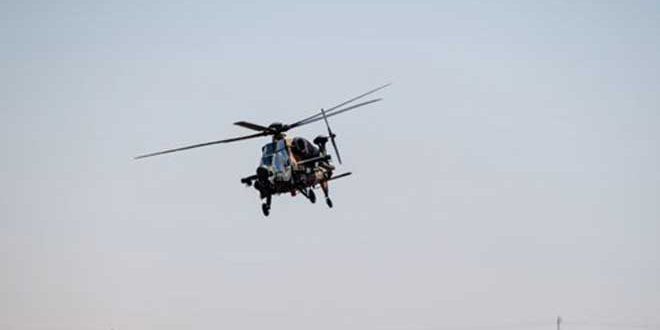 Two civilians were martyred during an airdrop by US occupation forces in al-Zir village, Deir Ezzor northeastern countryside.

“US occupation’s helicopters carried out, on Monday at dawn, an airdrop in al-Zir village in Deir Ezzor northeastern countryside, supported by a group of SDF militiamen, causing the death of two civilians,” local sources told SANA reporter.

The sources noted that the airdrop operation was accompanied by intensive firing, as part of the US occupation policy to harass locals in the areas which it occupies in the Syrian al-Jazeera region.