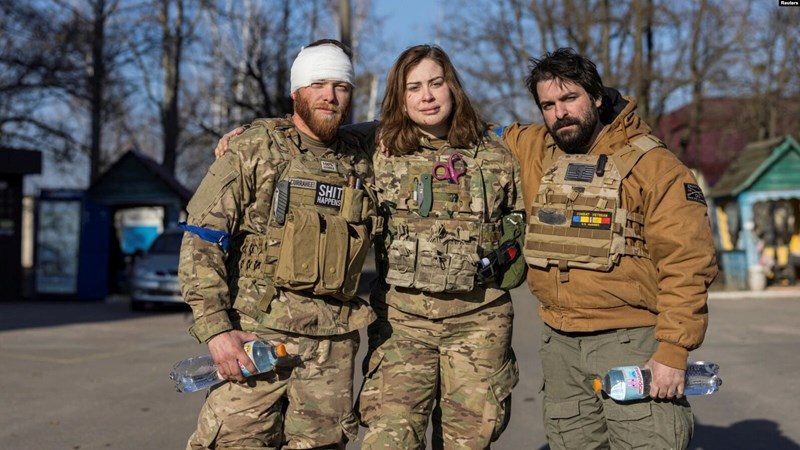 American veterans can fight in the Ukraine war with no direct Pentagon command – and still exercise foreign policy.

An article written in the New York Times reveals the role of American veterans in the war in Ukraine, with the US government freeing itself from responsibility and accountability from its citizens fighting in Ukraine.

Nonetheless, when Biden made it clear that the US military will not be fighting Russia directly in the war, this brought up questions about Washington’s role in the war in Europe.

Since the start of the war, Ukrainian President Volodymyr Zelensky called on people around the world to “volunteer” with the Ukrainian army. While some countries have threatened to prosecute volunteers, the US State Department treads softer on the matter and simply discourages American citizens from volunteering.

However, that did not stop Americans from actually doing just that, especially ex-US army generals and personnel – there is an unknown number of American volunteers fighting in Ukraine.

Dave Philips, the writer of the article, drew a parallel between what is happening in Ukraine today and how the US is dealing with the war, on the one hand, and Vietnam in the 1960s, on the other.

The war in Vietnam, as he explained, started out with small teams of American Special Operations veterans aiding in training for combat missions. Later on, what was once a training mission turned into a full-blown intervention.

Few ever contemplated that Vietnam could grow into an enormous war, George Beebe, a former chief of the CIA’s Russia analysis and the director of the Quincy Institute noted. US involvement started with a group of 300 soldiers in 1955 who trained South Vietnamese soldiers to respond to what some US officials at the time called “a minor civil war.” Slowly, the United States committed more men and more firepower, according to Beebe, resulting eventually in the United States getting directly involved in a war that left “58,000 Americans dead without achieving any strategic goals.”

One retired Army Special Forces lieutenant colonel, named Perry Blackburn Jr., was interviewed for the article. He is currently in Ukraine with a mission of training local forces.

He revealed that a small group of “volunteers” work directly with the military, teaching marksmanship, maneuvering, first aid for combat, and other skills – all without any input from the Pentagon.

“We have no communication with the U.S. military, period,” he said. “That’s a line they don’t want to cross. They are not going to take any responsibility for our well-being or our actions.”

Another retired US Marine Corps Special Operations colonel, Andrew Milburn, also weighed in, “We are executing U.S. foreign policy in a way the military can’t.” Milburn has trained 2,500 Ukrainian soldiers.

“I’m plausible deniability,” he said. “We can do the work, and the U.S. can say they have nothing to do with us, and that is absolutely true,” he claimed.

The role of the volunteers is complementary, or very much akin to the role of mercenaries in modern-day conflicts.

Although the US administration claims it has nothing whatsoever to do with US fighters in Ukraine, Russia did receive a US request regarding US mercenaries captured in Ukraine.

The two Americans were apprehended in Ukraine while fighting alongside Kiev’s troops and were said to be “endangering” Russian servicemen, and thus should be “held accountable for those crimes,” Kremlin Spokesperson Dmitry Peskov told NBC News on June 21.

Mercenaries operate outside the scope of direct military command, and Washington benefits from zero accountability. Mercenaries can kill, maim, and commit other war crimes with no investigation from a legitimate governmental body. They’re bought and sold like a commodity – and, perhaps, volunteers can be viewed in a similar manner.