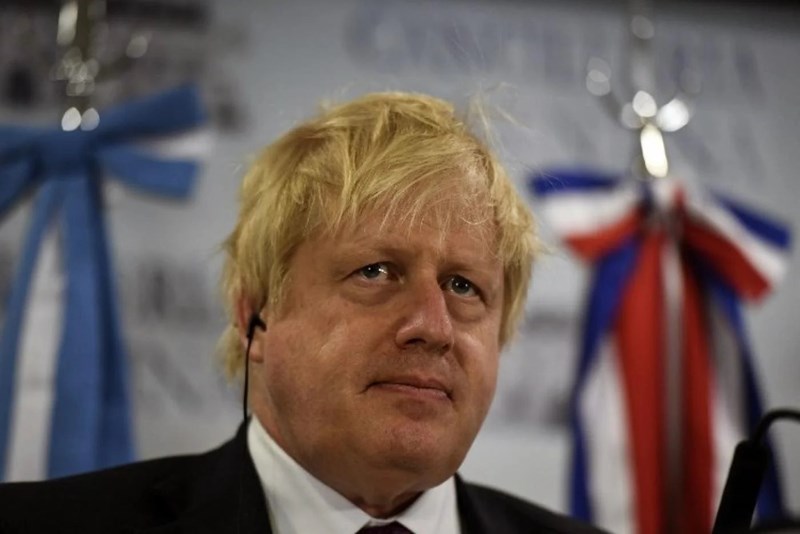 British Prime Minister Boris Johnson will be stepping down as Tory leader and Britain’s premier following various crises he was mired in.

Until the conference is held, Johnson will continue to hold the premiership after pledging to “keep going” despite the tsunami of resignations hitting Downing Street over his leadership. However, he reportedly decided to step down now.

Senior members of his cabinet called on Johnson to resign and “leave with dignity”, and he is to give a resignation statement in London later Thursday.

Earlier today he was clinging to power despite more than 50 ministers and aides, including cabinet members, having quit the government over the past two days.

As an act of defiance to these calls, Johnson decided to fire the first minister to request he steps down for the collective good of the Tory party and the country, Communities Secretary Michael Gove. The secretary was a top ally of the PM and his right hand in the 2016 Brexit referendum. BBC later reported that the latter referred to him as a “snake.”

Johnson first took on the role of premier in July 2019 after winning a Tory leadership contest. He won the election vowing to “get Brexit done”, but his government has taken many hits throughout its tenure, such as Johnson’s violation of the COVID-19 lockdown his government imposed by hosting large parties and gatherings in Downing Streets.

The parties later became known as “Partygate”, and the revelations mired the cabinet’s already tarnished reputation.

With Johnson’s series of horrendous scandals, Conservatives and Labour members alike have been calling on the PM to step down, questioning his leadership.

Earlier in February, Conservative members of the parliament, even loyalists, demanded that the PM be removed from his position if investigations reveal he committed a criminal offense. Johnson barely survived the no-confidence vote, and with the ongoing resignations, he appears to not stand another chance.

Despite all the violations and provocations he committed, the latest revolt against Johnson comes in light of revelations about the prime minister’s handling of sexual misconduct allegations against former Deputy Chief Whip Chris Pincher.