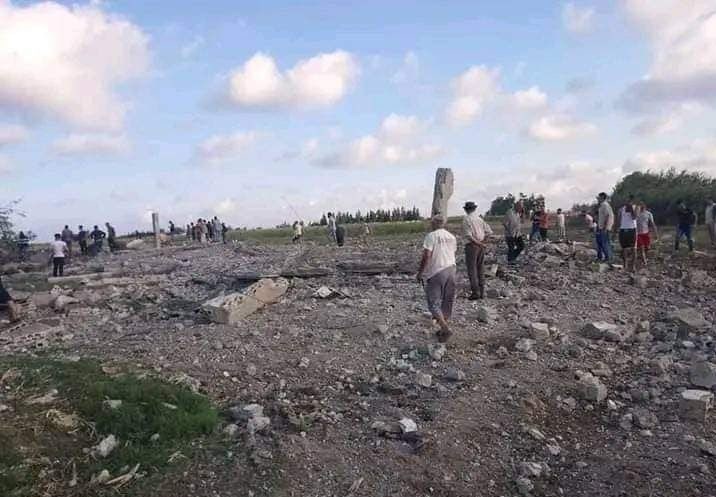 The Israeli regime launched a military attack targeting a southern Syrian town near the Tel Aviv-occupied side of the Golan Heights, reportedly killing a Syrian soldier.

The individual, identified as Farid Fuad Mustafa, was targeted in an area near his house in the village of Hader near Quneitra Province on Wednesday, Syrian and Arab state media reported.

The 46-year-old soldier was said to be a member of the Syrian army.

While initial reports said that Mustafa died in an Israeli drone strike, Syria’s official SANA broadcaster said he was killed by a “guided missile” fired from an Israeli military site in the occupied Golan Heights.

The Syrian soldier was transferred to a nearby hospital but he succumbed to his injuries.

On Saturday, two civilians, including a woman were also injured during Israel’s missile attacks against Syria’s western port city of Tartus.

The developments came less than a month after an Israeli airstrike targeted some points south of the Syrian capital city of Damascus, including the international airport, causing significant damage to infrastructure and runways. The airport was closed for two weeks and flights resumed on June 23.

Since early 2011, when Syria found itself in the grip of foreign-backed militancy, Israel has been launching frequent acts of aggression against Syria, especially targeting the positions of the Lebanese Hezbollah resistance movement and other allies of the Syrian government in the fight against the terror groups wreaking havoc on the country.

Israel, along with the US and their other Western and regional partners, has been a staunch supporter of the terror groups operating against the Damascus government.

Damascus says Israeli raids provide backup to the terrorist groups, which have taken stinging blows from the Syrian army over the past few years. It has repeatedly criticized the UN for keeping silent in the face of the regime’s relentless violations of Syrian sovereignty.