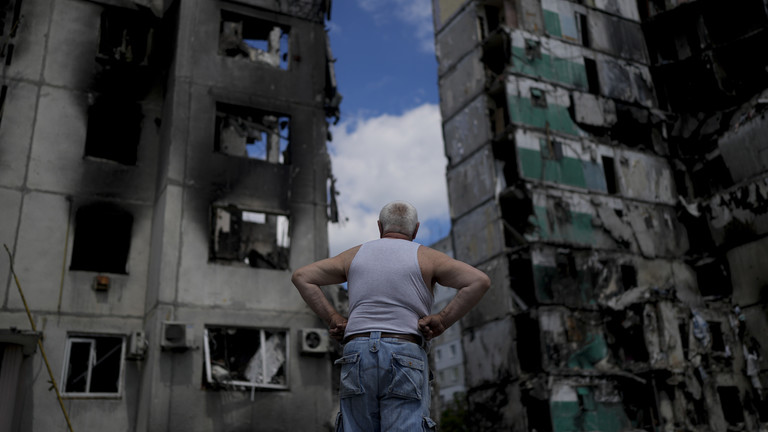 Ukraine could disappear from the map unless the conflict with Russia is resolved peacefully, former Trump military adviser Colonel Douglas Macgregor said in an interview with Sky News Australia on Wednesday.

When asked what more could be done to help Ukraine in the ongoing military conflict, Macgregor stated that “the longer this lasts, the more people are going to be needlessly slaughtered, the more damage will be done to Ukraine,” adding that it is now “effectively a failed state, it could be erased completely from the map.”

Noting that Ukraine’s military has suffered enormous losses during the conflict and that Russian forces were “by no means overstretched or hurting at this point,” Macgregor argued that “we need a ceasefire” and that countries like Australia should be pushing for it since “no one in Washington is going to do it.”

“We can’t afford to fight this until there are no longer any Ukrainians left,” he insisted, noting that he has heard from people in Berlin, Paris, and London that there is growing support for a ceasefire or coming to “some sort of an arrangement” between Moscow and Kiev.

The former adviser also commented on the prospects of Russian President Vladimir Putin agreeing to such a ceasefire, noting that he has “never been interested in all of Ukraine,” and that the territory currently under Russia’s control is the “traditional Russian-speaking area.”

Macgregor noted that Ukrainian forces which were concentrated in the Donbass region were of “great concern” to Vladimir Putin, who feared these forces “would attack Russia,” and the US would “inevitably deploy theater ballistic missiles there to hold his [Putin’s] nuclear capability at risk.”

“He’s not going to withdraw, that’s out of the question,” the former top Pentagon adviser said, suggesting that if the two sides were unwilling to come to some sort of arrangement on a territorial basis, then an armistice should be achieved, lest the conflict grow into a “wider, regional war.”

Russia sent troops into Ukraine on February 24, citing Kiev’s failure to implement the Minsk agreements, designed to give the regions of Donetsk and Lugansk special status within the Ukrainian state. The protocols, brokered by Germany and France, were first signed in 2014. Former Ukrainian President Petro Poroshenko has since admitted that Kiev’s main goal was to use the ceasefire to buy time and “create powerful armed forces.”