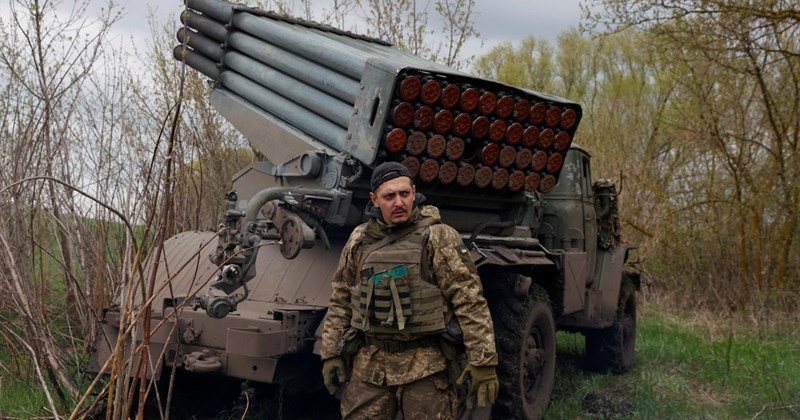 The arms sent to Ukraine using the money of taxpayers in the United States, United Kingdom, and elsewhere are being used to line the pockets of the Ukrainian authorities.

Ukraine is selling weapons it acquired from the West on the black market due to the Kiev forces’ limited ability to use them because of their lack of training, logistical challenges, and the diminishing size of the Ukrainian armed forces, former senior Pentagon adviser Karen Kwiatkowski told Sputnik on Thursday.

Russian Defense Minister Sergei Shoigu previously said the arms supplied by the West to Ukraine were ending up on the black market and spreading across West Asia.

The statements by Moscow and the Pentagon are not just claims, as Kiev itself backed them by admitting that foreign aid meant for Ukraine was already being sold. Ukraine’s Bureau of Economic Security Director Vadym Melnyk told Ukraine 24 earlier this week that the agency had identified repeated cases of the sale of Western military and humanitarian aid.

“Given that these items are ‘free,’ a great deal of profit can be made by] selling what is not needed or cannot be easily used,” Kwiatkowski said. “Ukraine’s ability to utilize these ‘gifts’ is limited by lack of training, logistical challenges, and the ever-shrinking size of the Ukrainian army,” the retired US Air Force lieutenant colonel added.

While some of the incoming material is incomplete, Kiev simply cannot utilize other equipment and implement it into its tactics or strategy, she added.

Kwiatkowski also highlighted how ironically, some of the weapons Ukraine is selling will likely end up in the hands of the Russian armed forces and their allies.

Even weapons that Kiev could utilize on the battlefield will eventually be sold, the former defense official noted, including the high mobility and efficacy ones.

Ukraine has received billions and billions of dollars in donated arms from the United States and its allies such as the United Kingdom and other NATO states in the past few months. The Biden administration alone, as of July 1, has committed nearly $7 billion, the US State Department said last week.

Just last Thursday, the White House announced that the United States was sending a new batch of military supplies to Ukraine. The new batch of arms supply is worth $450 million in shipments.

Earlier that day, Ukraine received a batch of HIMARS, weapons set on top of the Ukrainian wishlist, and the Ukrainian Minister of Defense Oleksiy Reznikov thanked, via his Twitter account, his “colleague and friend Secretary of Defense Lloyd J. Austin III for these powerful tools!”

An initial four units of the rocket system have already been delivered, kicking off the training program required for Ukrainian soldiers to operate the sophisticated and highly accurate weaponry.

Though the United States has been taking care of providing training for the Ukrainian soldiers when it comes to arms they are not accustomed to, Kiev is still selling its arms to the black market due to “inexperience”.

Even the HIMARS are likely to be sold, according to the former defense official, Pentagon policy chief Colin Kahl said Kiev’s forces recently completed training on HIMARS delivered to Ukraine by Washington and London.