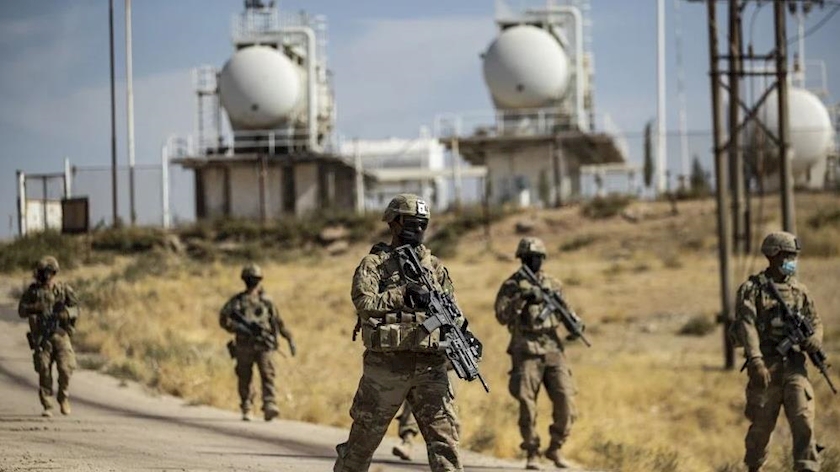 The American troops transited a batch of 45 oil tankers plundered to their military bases in Iraq.

The US continued to plunder Syrian oil from the al-Jazeera area, as its forces brought out tens of tankers loaded with fat and vehicles carrying military equipment from Syrian territory towards Iraqi territory through illegitimate crossings in the Hasaka countryside, Syrian official News Agency, SANA reported on Thursday.

A convoy consisting of 35 vehicles, including 20 tankers, loaded with stolen oil from the oil wells occupied by the US occupation forces in al-Jazeera, in several covered trucks and refrigerators, headed through the illegal al-Waleed crossing to northern Iraq, local informed sources said to SANA.

The sources added that another US convoy consisting of 25 tankers laden with stolen Syrian oil from the fields in Rmailan and al-Shaddadi, headed to Iraqi territory through the illegal al-Mahmoudiya crossing in al-Yaroubiya countryside while being covered by the US forces’ helicopters.

A few days before, the American forces transferred a convoy of 55 tankers loaded with stolen Syrian oil to Iraqi territory through the al-Mahmoudiya crossing in al- Yaroubiya countryside, northeast of Hasaka.

The US stepped in Syria under the pretext of fighting against the Daesh (ISIS) terrorist group in 2013. Currently, the US has 28 military bases on Syrian territory.

The ISIS terrorist group was dismantled in 2017.