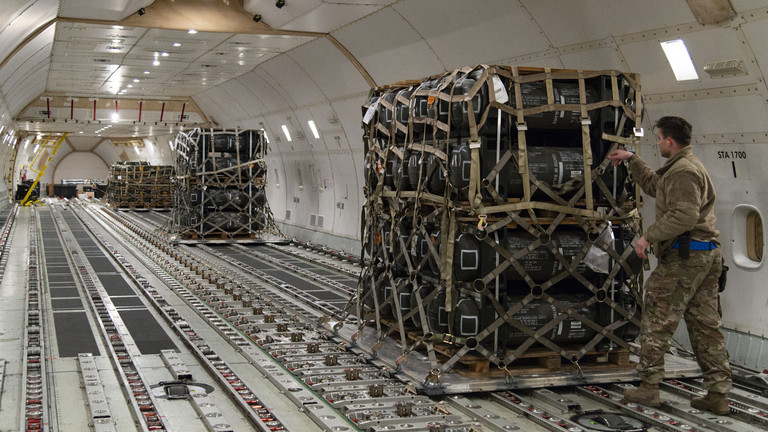 The approval of a fifth tranche has taken the bloc’s overall military assistance to Kiev to €2.5 billion

The European Union agreed Monday to allocate an additional 500 million euros in military aid to Ukraine. With the approval of the fifth assistance package, the bloc’s aid to Kiev has reached €2.5 billion ($2.5bn), the head of the European Council Charles Michel announced following a meeting of EU foreign ministers.

In his post on Twitter, Michel noted that the funds are being released in the framework of the European Peace Facility (EPF) – a financial mechanism created in 2021 to enhance the bloc’s ability to act as a global security provider. The EPF reimburses governments for military equipment supplied to Kiev, “including items designed to deliver lethal force for defensive purposes.”

The Ukrainian Defense Ministry welcomed the announcement describing it as “an important step in strengthening European security.”

Ahead of Monday’s ministerial meeting, Bloomberg noted that the EPF has a ceiling of about €6 billion and is supposed to support not only Ukraine but also other countries. Over the summer the EU has to review how to continue supporting Kiev using this mechanism, Bloomberg reported citing sources familiar with the matter.

Meanwhile, Russia has consistently warned the EU, the US, the UK and their allies against providing Ukraine with weapons. It argues that they only prolong the conflict and create long-term issues.

Russian Foreign Ministry spokeswoman Maria Zakharova earlier accused the EU of turning into “NATO’s economic relations department.” This followed a tweet by the bloc’s foreign policy chief, Josep Borrell, who claimed that “This war (in Ukraine) must be won on the battlefield.”

Russia sent troops into Ukraine on February 24, citing Kiev’s failure to implement the Minsk agreements, designed to give the regions of Donetsk and Lugansk special status within the Ukrainian state. The protocols, brokered by Germany and France, were first signed in 2014. Former Ukrainian President Petro Poroshenko has since admitted that Kiev’s main goal was to use the ceasefire to buy time and “create powerful armed forces.”