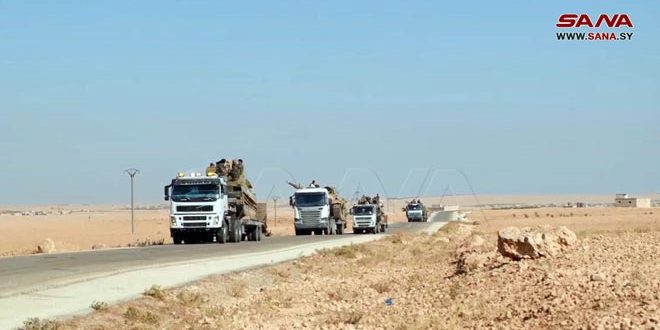 Syrian Arab Army Units deployed in several areas in the northern countryside of Aleppo and Raqqa , adjacent to the border strip have reinforced their posts to counter the aggressions carried by the Turkish occupation forces and their affiliated terrorist mercenaries .

“this procedure come in line with the governments efforts to profilate stability and security all through the Syrian terrotries ” SANA reporter stated.

These reinforcements come at the time of the aggravated aggressions launched by  the Turkish occupation forces and its terrorist mercenaries on safe areas, villages and towns by targeting citizens’ homes, properties and infrastructure with heavy artillery and mortar shells, claiming innocent souls and causing injuries among citizens , displacing hundreds of families in addition to material damage to homes and properties.