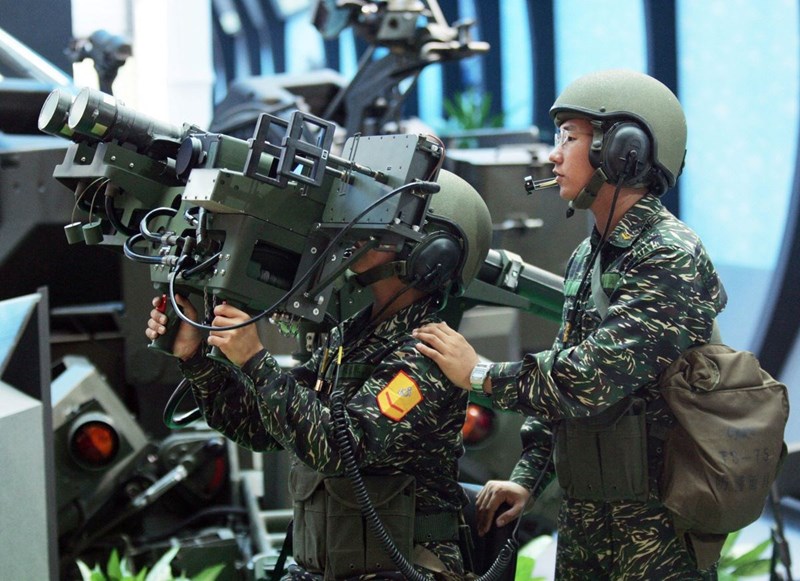 On Monday, Beijing’s foreign and defense ministries issued harsh statements condemning the Biden administration’s approval of a new US arms sale to Taiwan.

The Biden administration announced Friday a $108 million agreement to supply Taipei with tank and other combat vehicle equipment, as well as logistical support. The package of arms comes amid rising tension in the region.

According to Chinese media, the deal drew a swift rebuke from Beijing, which demanded that the order be canceled.

Commenting on the deal, Defense Ministry spokesperson Colonel Tan Kefei said that Beijing “demands” that the United States “immediately withdraw the above-mentioned arms sales plan to Taiwan,” as well as suspending all other arms deals and severing military ties with the island.

“Otherwise, the US side will be solely responsible for undermining the relationship between China and the US and the two militaries and the peace and stability of the Taiwan Strait,” he tersely stated.

“The Chinese People’s Liberation Army will take all necessary measures to firmly defend national sovereignty and territorial integrity, and resolutely thwart any form of external interference and separatist attempts for ‘Taiwan independence’,” he added.

On his account, Wang Wenbin, a spokesperson for the Chinese Foreign Ministry, also reiterated that Washington’s arms supplies “gravely undermine China’s sovereignty and security interests, as well as severely harm China-US relations and peace and stability across the Taiwan Strait.”

“China will continue to take resolute and strong measures to firmly defend its sovereignty and security interests,” Wang added.

The US rushed to dismiss China’s concerns later Monday, stating on the behalf of State Department spokesperson Ned Price that the US has certain obligations to provide Taiwan with the means to “defend itself.”

“Under the Taiwan Relations Act, we make available to Taiwan defense articles and services necessary to enable Taiwan to maintain a sufficient self-defense capability. This is something that successive administrations have done. It is entirely consistent with our One China policy,” said Price.

Taiwan has been ruled by nationalists who fled to the island after the Chinese mainland’s civil war ended in 1949. Under the One China policy, Beijing considers the 23.5 million-person island to be part of its own territory.

China has recently increased maritime and aerial military activity around the island, citing the need to deter “collusion activities” between “Taiwan independence forces” and the US government.

While Washington officially supports the One China policy, it maintains strong unofficial ties with Taipei, selling weapons to the island and tacitly encouraging its push for sovereignty. Beijing has repeatedly condemned US’ actions, viewing them as provocations and meddling in Chinese domestic affairs.