Home Politics US to send more HIMARS to Ukraine 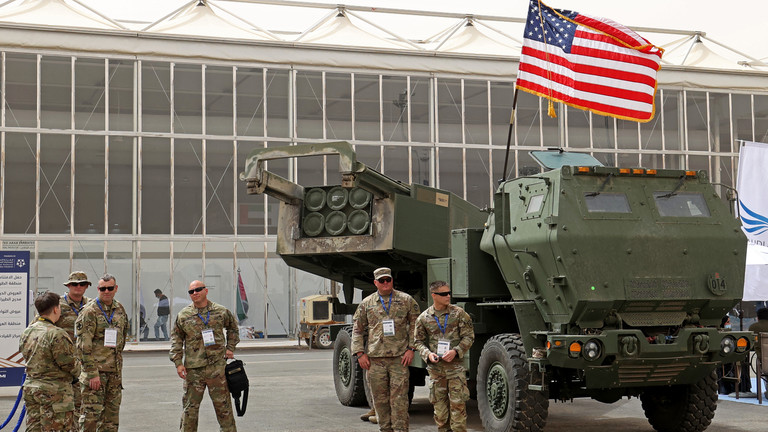 Ukraine will receive four more high mobility artillery rocket systems (HIMARS) from Washington as part of the next security assistance package, US Secretary of Defense Lloyd Austin announced on Wednesday.

“Later this week, we’ll roll out our next presidential drawdown package of weapons, ammunition and equipment for Ukraine,” Austin said while hosting a virtual meeting of the US-led Ukraine Contact Group.

“It will include four more HIMARS advanced rocket systems, which the Ukrainians have been using so effectively and which have made such a difference on the battlefield. And it will include more rounds of MLRS and artillery ammunition,” he added.

According to the Pentagon, once delivered, the new package will bring the total number of HIMARS in Ukraine’s possession to 16.

Last Friday, Ukraine’s defense minister, Alexey Reznikov, told the Financial Times that Kiev was confident the West would send more aid, including 300km-range munitions for the HIMARS. He described the American-made rocket systems as a game-changer.

HIMARS can fire guided rockets at a range of up to 80km but can also deploy tactical ballistic missiles a distance of up to 300km. Washington previously said it would not supply Ukraine with missiles having a range of 300km out of fear they could be used to strike Russian territory, thus greatly escalating the conflict between Kiev and Moscow.

“I think it’s a step-by-step movement. We give them proof that we can use it with precision and sophistication and we get more, and longer range,” Reznikov stated.

However, according to the spokesman for the army of the Donetsk People’s Republic (DPR), Eduard Basurin, Ukrainian forces may have already received 300km-range HIMARS missiles. DPR troops have found pieces of munitions with a range of 110km to 120km, which meant that Kiev could have the 300km missiles as well, Basurin posited in an interview with Russia’s Rossiya 1 TV channel on Tuesday.

Russian Foreign Minister Sergey Lavrov said today the West’s persistence in pumping Ukraine with long-range weapons, including the HIMARS, has already made Moscow reconsider the goals of its military operation in the neighboring country. They now go beyond Donbass and include several other Ukrainian regions, the minister explained in an interview with RT and Sputnik.