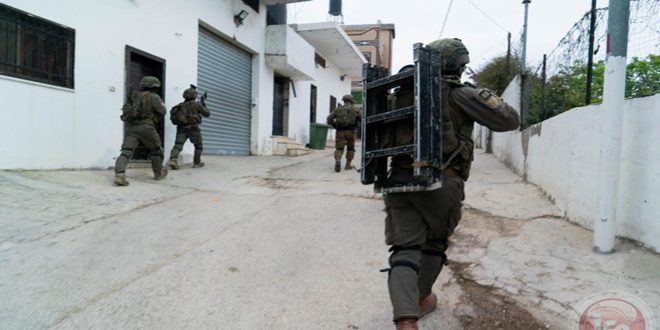 Occupied Jerusalem, SANA-A number of Palestinians were injured Thursday and others were arrested as the Israeli occupation troops stormed different areas in the West Bank.

Wafa News Agency stated that the occupation troops stormed several neighborhoods in cities of Jenin and al-Bireh amid opening fire and toxic gas canisters as two young men were injured and others suffered suffocation, while three Palestinians were arrested.

The occupation troops also stormed the towns of al Yamoun in Jenin, Bir Zeit and Deir Abu Mishaal in Ramallah and Huwara in Nablus and arrested eleven Palestinians.