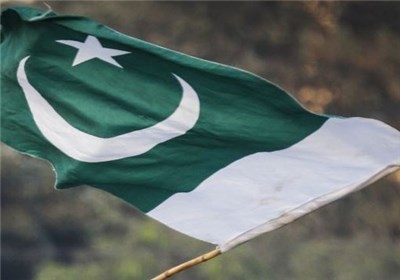 However, deputy speaker Dost Mohammad Mazari rejected the 10 votes of the PML-Q members on the ground the members did not follow party chief Chaudhry Shujaat Hussain’s instruction to support Hamza.

The bizarre situation meant that Chaudhry Parvez, backed by former prime minister Imran Khan’s Pakistan Tehreek-e-Insaf (PTI), the largest single party with 177 lawmakers, and his party colleagues could not vote for his own candidacy for chief ministership.

Street protests erupted on Friday night across Pakistan, including in Lahore, Islamabad, Karachi, Peshawar, Quetta, Gujranwala and Multan, as PTI leaders said their election mandate was stolen from them through unfair means.

Chaudhry Parvez, who is Punjab’s assembly speaker, had contested against Hamza in April as well when a number of PTI defectors supported Hamza.

But after the PTI dissidents were disqualified a byelection was held on July 17 to fill their 20 vacant seats.

The PTI won 15 of those seats, improving its position in the number game to regain power it lost in April.

Hamza’s election was unexpected as the PTI and the PML-Q together had a clear house majority.

Mazari’s decision was challenged by the PTI, arguing that it was the legislative party head who had the authority to direct how the members voted.

It has taken the matter to court and plans to hold nationwide protests.

Pakistan’s politics turned topsy-turvy on April 9 when the Imran-led federal government in Islamabad was ousted in a no-confidence vote, which the former prime minister says was part of a US-backed regime change operation.

Meanwhile, Hamza was sworn in as chief minister on Saturday morning by Punjab Governor Balighur Rehman.

Slogans of “Aik Zardari Sab Pe Bhaari” (one Zardari outweighs them all) were heard immediately after Hamza took the oath, the Dawn newspaper reported.

This was in reference to Pakistan People’s Party (PPP) leader Asif Ali Zardari, whose political manoeuvres are believed to have secured the deal for Hamza’s win.

Zardari was also seen as instrumental in putting together the alliance of disparate parties that ousted Imran.