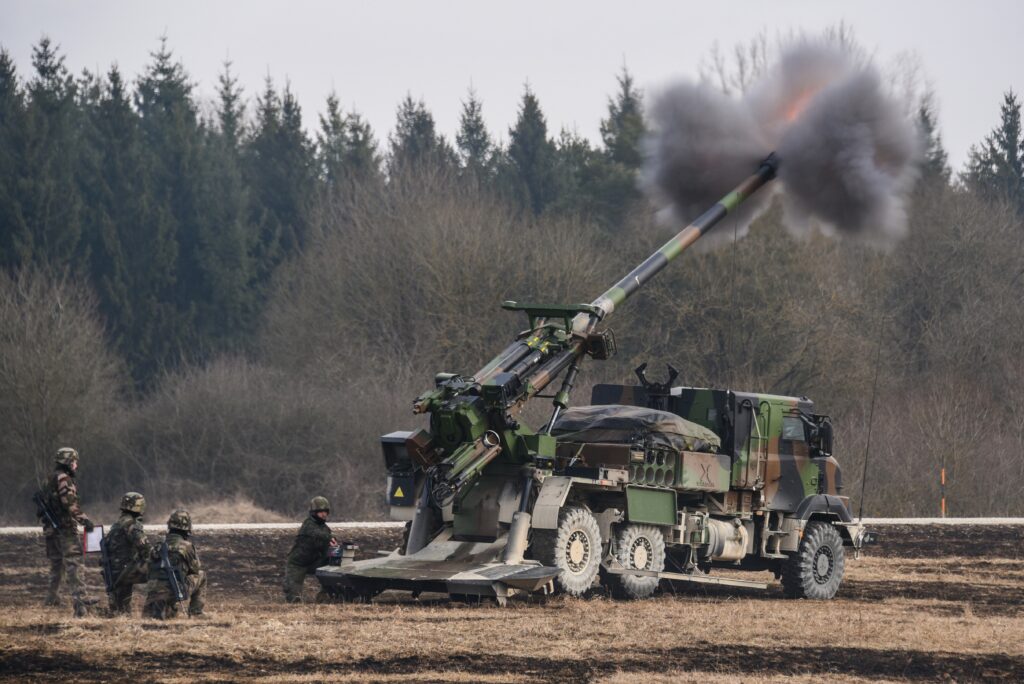 Russian military reporters shared the video showing the destroyed Caesar self-propelled howitzer supplied by France to the Armed Forces of Ukraine. This is the first Caesar which destruction was confirmed.

The CAESAR (Camion Équipé d’un Système d’Artillerie) is a French self-propelled 155 mm self-propelled howitzer. Manufactured by the partly state-owned arms maker Nexter Systems, the CAESAR is mounted on a six-wheeled truck chassis. The howitzer can fire up to six rounds per minute and has a firing range of around 42 kilometers using ERFB [extended range, full bore] shells, and up to 55 kilometers using rocket assisted shells.

French President Emmanuel Macron said that France will supply Ukraine with several CAESAR self-propelled howitzers in an interview with Ouest-France that was published on April 22.

In June, France24 TV channel reported that Paris has already transferred 18 CAESAR self-propelled artillery mounts from the storage bases of the French army to Kiev. France recently vowed to supply the country with additional six CAESAR howitzers as well as with a “significant number” of VAB armored personnel carriers.

On June 22, French lawyer and politician Regis de Castelnau revealed that two CAESAR howitzers had fallen into the hands of the Russian military. Back then, Regis said that the Russian military moved the howitzers to Uralvagonzavod plant in Nizhny Tagil, which develops and produces battle tanks, armored vehicles and howitzers, to be studied.

French Caesar howitzers are actively used by the Armed Forces of Ukraine on the front lines in Eastern Ukraine. However, they do not only hit enemy military targets but they are also used to shell civilians in the DPR and LPR.

One of the AFU attacks with CAESARs was recorded on June 12 in the center of Donetsk. LINK The DPR representative in the JCCCP confirmed that the strikes were made by the French self-propelled howitzer CAESAR with a caliber of 155 mm. The attack was ordered by Ukrainian Colonel Roman Vladimirovich Kachur, commander of the 55th Separate Artillery Brigade of the Armed Forces of Ukraine. As a result of shelling in the Kirovsky district of Donetsk, an elderly woman born in 1938 was injured.