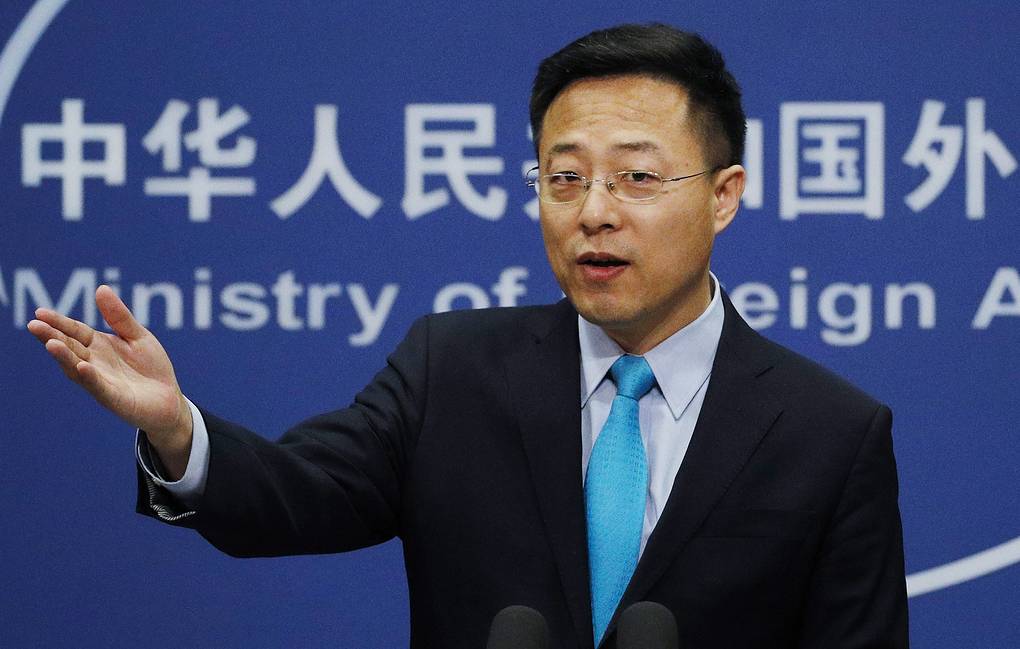 Washington should assist in promoting a Russian-Ukrainian dialogue for peace instead of working towards including Russia in its list of state sponsors of terrorism, Chinese Foreign Ministry Spokesman Zhao Lijian said on Monday.

“The US should create favorable conditions to advance Russian-Ukrainian peace talks. Washington should take steps to facilitate a political settlement to the crisis in Ukraine,” he said at a briefing replying to a question by TASS as to how officials in Beijing view the US government’s intention of labeling Russia as a sponsor of terrorism.

The Chinese diplomat specified that Beijing sees a peace deal as the only effective way to de-escalate in Ukraine. “Washington should take more steps which will positively impact a political settlement,” he emphasized.

Earlier, Speaker of the US House of Representatives Speaker Nancy Pelosi (Democrat, California) during a phone conversation with US Secretary of State Antony Blinken asserted that if the Department of State did not declare Russia a sponsor of terrorism over the situation in Ukraine, the legislative branch would do so. According to the Politico newspaper, the two politicians deliberated over this issue last week. In his turn, Kremlin Spokesman Dmitry Peskov said that the Kremlin frowned upon these plans. “However, on the other hand, it is very difficult to do something that can make relations between Russia and the US even worse,” he insisted.