Home Economy US Treasury: Just because the GDP is negative, does not mean recession 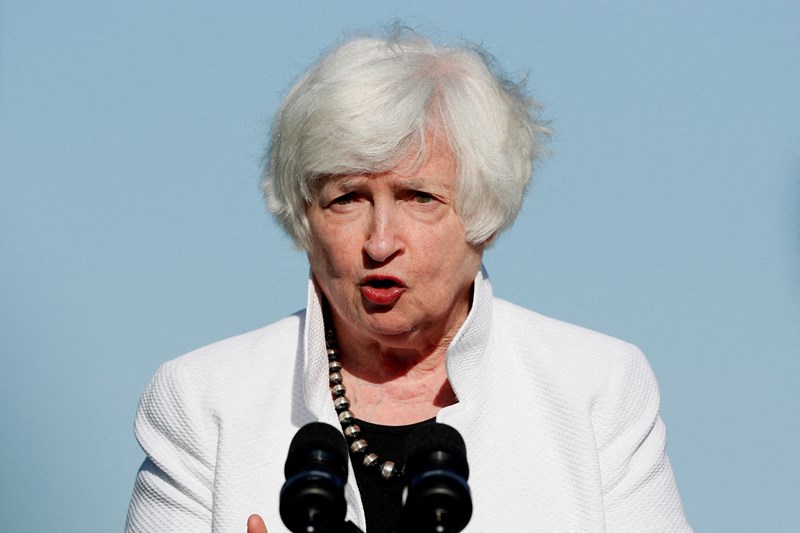 US Treasury Secretary Janet Yellen is claiming that just because the US GDP report is negative, it does not mean the world’s largest economy is in recession, a claim that has no economic foundations whatsoever.

US Treasury Secretary Janet Yellen has denied that the US economy is in recession, saying instead that the nation is experiencing a “necessary and appropriate” slowdown.

Yellen, in an NBC News interview on Sunday, defended Biden’s economic policies, claiming that just because the US GDP report is negative, it does not mean the world’s largest economy is in recession.

The report, which may confirm that the economy is actually shrinking, is set to be released on Thursday.

Yellen then acknowledged that two straight quarters of economic contraction is typically viewed as a recession – however, she sought to redefine the phenomenon: “We could see that happen, and that will be closely watched, but I do want to emphasize: What a recession really means is a broad-based contraction in the economy,” she told host Chuck Todd. “Even if that number is negative, we are not in a recession now. I would warn that we should be not characterizing that as a recession.”

Yellen was previously chair of the US Federal Reserve Bank until Trump took office, who refused to appoint her for a second term in 2017. She argued that because of strong job growth and other favorable data points, the economy is not in a broad-based decline.

Todd, in response, argued that unemployment claims are rising and business activity is slowing down, which may be signs of a coming recession.

“This is not an economy that’s in recession, but we’re in a period of transition in which growth is slowing, and that’s necessary and appropriate,” Yellen said. “We need to be growing at a steady and sustainable pace, so there is a slowdown, and businesses can see that. And that’s appropriate, given that people now have jobs and we have a strong labor market.”

The Treasury Secretary, at least, expressed that inflation is “way too high,” and that it’s at its highest rate in over 4 decades. In parallel, she expressed confidence in the abilities of the Federal Reserve and Biden’s abilities to bring the prices under control.

“I’m not saying that we will definitely avoid a recession, but I think there’s a path that keeps the labor market strong and brings inflation down,” she said.

Yellen, furthermore, remarked that the war in Ukraine can push oil prices even higher than they are now, saying that she’s working with US allies to cap the prices that Russia has paid for oil. But, when the next round of sanctions from the EU comes into effect in December, Moscow could take some of its supplies off the market.

Last month, the US Treasury Secretary confessed on CNN that she failed to predict how long high inflation would plague US citizens and consumers. Yellen, in 2021, had stated that inflation posed the US a minor risk.

“As I mentioned, there have been unanticipated and large shocks to the economy that have boosted energy and food prices and supply bottlenecks that have affected our economy badly that I — at the time — didn’t fully understand, but we recognize that now,” said the official.

Yellen was not the only one to consider inflation as a transitory side effect of the economy returning to normal in the post-pandemic world. There are several White house officials that adhered to this argument by pointing to disruptions of supply chains and demand exceeding supply to explain the causes of inflation, which in their perspective, would go back to normal once these issues are resolved.