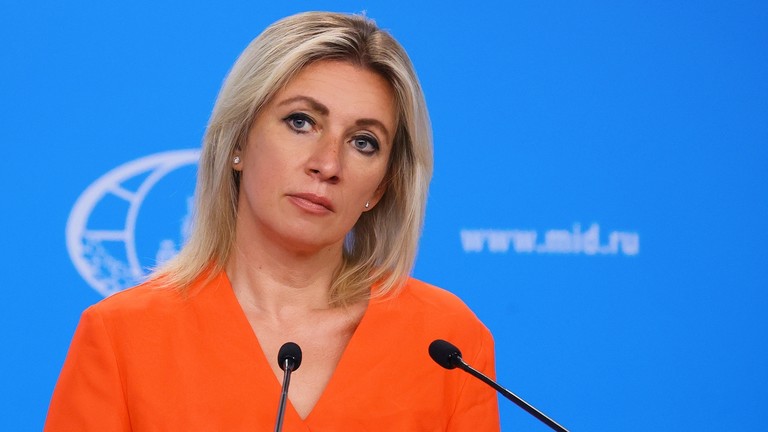 Relations between Russia and Israel have soured since the launch of Moscow’s military operation in Ukraine, and Zakharova drew attention to the fact that this “did not happen by itself.”

“In recent months we have heard absolutely unconstructive and, most importantly, biased rhetoric from Tel Aviv,” Zakharova stated. She noted that anti-Russian assessments coming from various levels of authority in Israel raised serious questions in Moscow, especially since they were being framed in an exclusively pro-Ukrainian manner.

“And this was not in terms of supporting the Ukrainian people, but only in support of the Kiev regime,” the diplomat noted, adding that the rhetoric was “absolutely in tune with the strange and wild voice of the West.”

Zakharova also emphasized that the “impulse” to complicate bilateral relations with Israel did not come from Russia.

“When we now hear comments from the leadership of this country that some of Russia’s actions on the bilateral track may affect relations, I would like to ask if these same people do not think that their actions and statements over these months have already affected bilateral relations,” she said.

The spokeswoman’s statements come after Israeli Prime Minister Yair Lapid ordered his country’s foreign ministry to prepare a set of reactionary measures in the event of the Russian branch of the Jewish Agency being shut down.

The prime minister warned on Sunday that the closure of the quasi-governmental agency, which promotes the immigration of people with Jewish heritage to Israel, would have a “grave” impact on ties between Moscow and West Jerusalem.

In the Tuesday interview, Zakharova stated that the fate of the organization in Russia was in the hands of Russia’s justice ministry and was solely a matter of law.

Last week, a Moscow court said it had received a formal request from the Justice Ministry to liquidate the Russian branch of the agency, citing alleged violations of local laws related to data storage and protection. A pretrial hearing on the case is set to be held on Thursday.

The Kremlin has also insisted that the situation around the Jewish Agency was a matter of law and has warned against politicizing the issue. “Indeed, there are questions for the Jewish Agency regarding adherence to Russian laws. But this situation should not be politicized or projected onto the entirety of Russian-Israeli relations,” said Kremlin spokesperson Dmitry Peskov.

Relations between Moscow and West Jerusalem have considerably worsened since Russia launched its military operation in Ukraine in late February. Israel has condemned the operation as a “breach of international law,” however it has so far refrained from joining international sanctions against Moscow. It has also only sent humanitarian assistance and non-lethal aid to Ukraine, unlike other backers that have supplied Kiev with weapons.