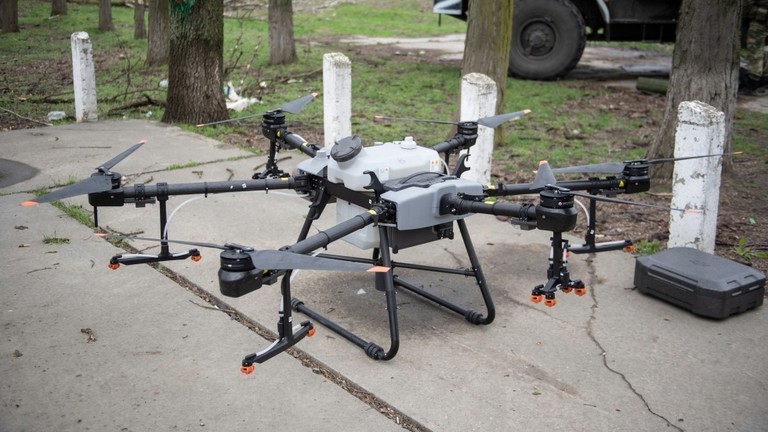 A Ukrainian drone dropped an explosive device onto a border checkpoint in Russia’s Bryansk Region on Tuesday, injuring four people, according to the local governor.

The wounded have been hospitalized with light and moderate injuries, Aleksandr Bogomaz said.

The Troebortnoye checkpoint was hit by a quadcopter UAV, the governor wrote on Telegram.

The same checkpoint had already been targeted with mortar attacks by the Ukrainian forces in April and May.

Since the start of Moscow’s military offensive in Ukraine, Kiev’s forces have carried out numerous strikes on settlements and border checkpoints in Russia’s Bryansk and Belgorod Regions.

The attacks, which mainly involved drones and mortars, have hit both infrastructure and residential areas, resulting in destruction, injuries, and several civilian deaths.