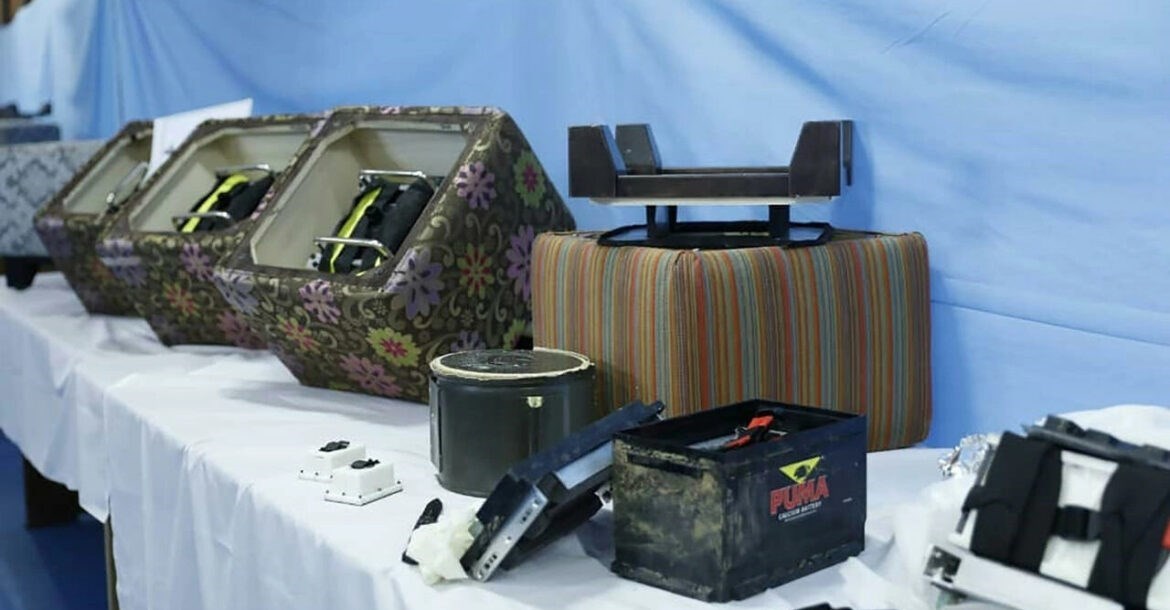 The recently-arrested Israeli Mossad agents planned to blow up a vital military target inside Iran using highly powerful bombs according to new findings.

The Iranian Intelligence Ministry claimed on Saturday that members of a terrorist group associated with the Israeli Mossad were arrested by the country’s security services before they could carry out acts of sabotage.

On Wednesday, the intelligence ministry published another statement providing additional facts about the operation that stopped the terror assault within Iran by the notorious spy agency.

“The Mossad terrorists wanted to blow up a sensitive military site in Iran,” the statement said. “Those who were supposed to carry out this plot were members of the anti-Iran terrorist group Komoleh which now works as a mercenary and proxy group for Mossad,” it added.

The intelligence ministry noted that “its agents, after arresting the terrorists, let them remain in touch with Mossad’s officers in order to identify and apprehend other members of this terror ring”.

According to the statement, the ministry achieved its mission and apprehended the remaining members of the cell.

“The terrorists had so many weapons and pieces of equipment that they had to insert them into appliances carried by human porters across the border,” it added.

“These weapons included eight highly powerful bombs for the detonation of the main target and eight smaller bombs for the destruction of the equipment the terrorist ring was carrying after completing their mission,” the statement read.

The terrorists were apprehended with a variety of guns with silencers, makeup tools, and a substantial amount of foreign currency. It was also revealed that they had phony Iranian and foreign ID documents confiscated from them.

The intelligence ministry noted in its statement that, while the plot was prevented, it reserves the right to respond to the Israeli regime’s conspiracy.

Two weeks ago, US President Joe Biden discussed with caretaker Israeli occupation Prime Minister Yair Lapid means of integrating “Tel Aviv” in the region, according to a statement following a meeting with the premier.

“At the conclusion of his meeting with Lapid, Biden stated that they spoke of ways to integrate the Israeli occupation into the region and his adherence to his security,” Israeli KAN broadcaster reported.

The Israeli leader, on the other hand, said he spoke with Biden about “the Iranian threat, and we believe that this matter is not only a matter of concern for Israel, but the world as a whole […] there will be no nuclear Iran.”

“We spoke about Saudi Arabia and the importance of forming a regional coalition to counter Iran,” Lapid added.