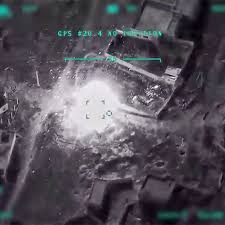 Four members of the Kurdish security forces, known as Assayish, were killed by an armed Turkish drone in Syria’s northern province of Raqqa on Thursday, a war monitor reported.

The Turkish drone fired at an Assayish vehicle in the vicinity of the Tal Samen town in the northern countryside of Raqqa, said the Syrian Observatory for Human Rights.

With this attack, Türkiye has carried out 42 such drone strikes on Kurdish fighters since the beginning of 2022, according to the monitor.

The Syrian army said in a recent statement that it was ready to confront any possible Turkish attack, a week after Iran, Russia and Türkiye held a summit in the Iranian capital Tehran in an attempt to defuse the tension.