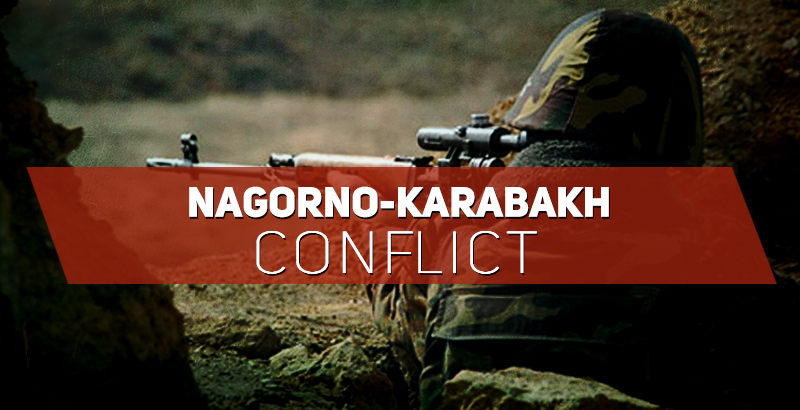 On July 31, Azerbaijan accused Armenia of attacking its military positions in the disputed region of Nagorno-Karabakh.

In a statement, the Azerbaijani Ministry of Defense said that Armenian forces opened fire at its positions in Gadabay, Kalbajar and Khojavend. The ministry didn’t report any casualties or material losses were as a result of the alleged Armenian attack.

“Starting from the evening of July 30 and during the night of July 31, the Armenian armed forces units using small arms subjected to intensive fire the Azerbaijan Army positions stationed in direction of the Gadabay and Kalbajar regions of the state border.

Moreover, members of illegal Armenian armed detachments in the territory of Azerbaijan, where the Russian peacekeepers are temporarily deployed, using various caliber weapons and sniper rifles subjected to fire at Azerbaijan Army positions in the direction of the Amiranlar settlement of Khojavend region,” the statement reads.

The Azerbaijani MoD added that its troops took “retaliatory measures” after the Armenian attack, without providing any further details.

Armenia denied the Azerbaijan accusations. The Armenian MoD stressed in a statement that the situation in Nagorno-Karabakh is stable.

Hundreds of Russian peacekeepers are currently deployed in Nagorno-Karabakh to enforce a ceasefire agreement that was reached after the large-scale Azerbaijani offensive on Armenian forces in the region in 2020. During the offensive, which claimed the lives of some 7,000 soldiers and civilians from both sides, a large chunk of the region was captured by Azerbaijan.
The situation in Nagorno-Karabakh has been stable since March, which a series of Azerbaijani strikes claimed the lives of three Armenian soldiers.
By accusing Armenia of violating the ceasefire in Nagorno-Karabakh, Azerbaijan may be trying to provide a pretext to resume its military operations in the region while Russia is still preoccupied with its ongoing special military operation in Ukraine.