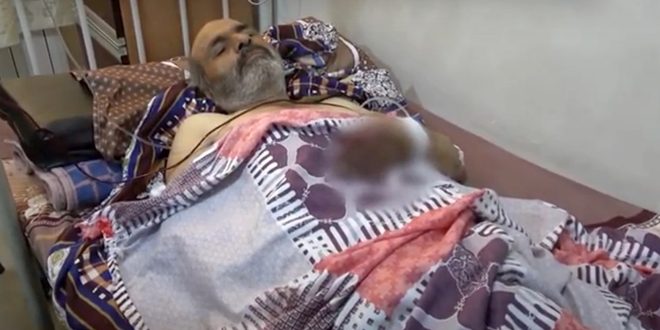 Two citizens were injured on Saturday in an artillery attack launched by the Turkish regime forces on the vicinity of Tal Tamir, northwest of Hasaka.

Local sources told SANA reporter that “On Saturday evening, the artillery of the Turkish occupation attacked with a number of shells al-Salmasa, in the vicinity of Tal Tamir in the northwestern countryside, injuring two citizens and causing material damage to the people’s property and infrastructure in the area.”