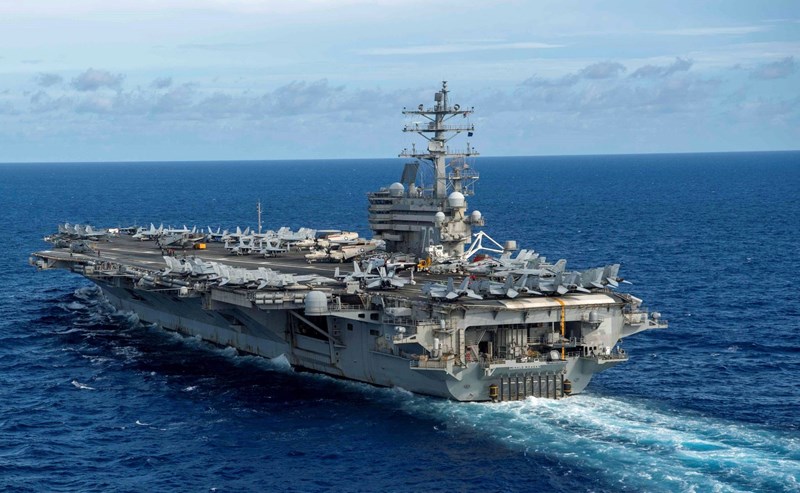 Nikkei Asia reported on Monday that the US has deployed naval and aerial military assets ahead of US Speaker Nancy Pelosi’s potential visit to Taiwan.

Website data for naval and aerial tracking shows that military ships and jets are being drawn closer to Taiwan.

According to the news agency, a reporter for local network TVBS tweeted that the speaker is expected to arrive in Taiwan on Tuesday evening.

Chinese Foreign Ministry Spokesman Zhao Lijian said on Monday “if Pelosi visits Taiwan, this will be a gross interference in China’s domestic policy […] and will lead to very serious consequences.”

“The Chinese People’s Liberation Army won’t sit back quietly and do nothing,” he added.

According to Lijian, Pelosi’s visit to Taiwan would trigger instability in the Taiwan Strait and severe China-US relations. “China will definitely take resolute and effective countermeasures,” he stressed.

Ahead of her Asia-Pacific tour, Pelosi confirmed that she will be visiting all countries initially scheduled for the tour, namely Singapore, Malaysia, South Korea, and Japan. Taiwan did not appear in her tweet.

Pelosi’s visit to Taiwan was initially scheduled for April this year but had to be postponed due to her testing positive for the coronavirus at the time.

Last month, Taiwan held a series of Han Kuang military drills to prepare for the advent of war. The annual event has been running since 1984 and involves all branches of Taiwan’s military in an effort to boost overall defense capabilities. This year, the drills have taken on a greater magnitude amid growing concerns over China-US relations.

Last Saturday, the Chinese People’s Liberation Army held military drills with a firing exercise in Fujian, a province in the southeastern region of China, across the strait of Taiwan, according to the maritime administration of Pingtan county.

At 101 years old, the KMT (Kuomintang, or the Chinese Nationalist Party) is one of the oldest functioning parties in the world.

During its brief reign in China, it committed some of the bloodiest atrocities against the working class in history, and the Chinese masses’ rejection of it, would lead to its defeat by the Chinese Revolution of 1949.

Taiwan remained alienated from Beijing after becoming a stronghold of the Kuomintang that suffered defeat by the Communist Party in a civil war in 1949. The Chinese mainland and the island resumed business and informal contact in the late 1980s.

Most countries officially recognize only Beijing, but maintain informal relations with Taipei. Beijing opposes any official contact of foreign countries with Taiwan and considers Chinese sovereignty over the island indisputable.