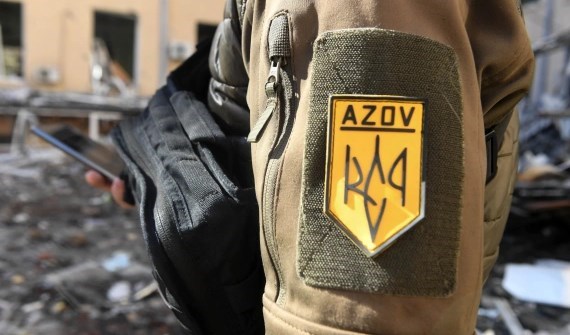 The Azov Battalion’s acts of terrorism speak for themselves.

Russia’s Supreme Court designated Ukraine’s Azov Battalion as a terrorist organization on Tuesday, according to a Reuters correspondent.

The Azov Battalion, with far-right and ultranationalist roots, has been one of Ukraine’s most visible military forces fighting Russia in eastern Ukraine.

Russia has frequently referenced Azov to bolster its claim that Ukraine is under the hands of “fascists”.

The Azov Battalion, a former volunteer unit incorporated into Ukraine’s army, was declared a “terrorist” outfit by Russia’s Supreme Court on Tuesday, potentially with hefty prison terms for its members, according to Russian news agencies.

The court ruled to “recognize the Ukrainian paramilitary unit Azov as a terrorist organization and to ban its activities on the territory of the Russian Federation,” the judge said, as reported by the TASS state news agency, adding that the decision takes immediate effect.

Earlier on July 29, DPR head, Denis Pushilin, argued that a detention center was targeted after the militants imprisoned in it, most of which are from the nationalist Azov Battalion, had started giving their testimonies that would implicate the Kiev regime. The attack was premeditated, Pushilin argued.

The Russian Ministry of Defense believed that Ukraine was attacked as an act of intimidation to eliminate or prevent any testimonies from the militants of the neo-Nazi Azov Battalion, which were taken prisoner by the DPR or allied troops.

According to reports, the facility housed Ukrainian fighters captured by Russia and its allied forces during the siege of the Azovstal steel factory in Mariupol.