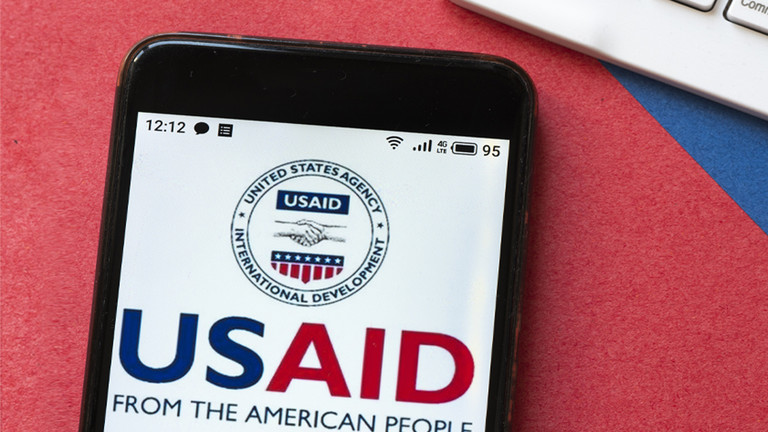 Russia’s Defense Ministry says it’s investigating the possible role of the US Agency for International Development (USAID) in the creation of the Covid-19 virus.

In a press briefing on Thursday, the head of Russia’s Radiation, Chemical and Biological Defense Forces, Lieutenant-General Igor Kirillov, claimed that US-backed bio-laboratories in Ukraine had been conducting questionable research and clinical tests on Ukrainian citizens, and that “over 16,000 biological samples, including blood and serum samples, were exported from the territory of Ukraine to US and European countries.”

He went on to explain that a statement from Jason Crow, a member of the US House of Representatives Intelligence Committee, who warned Americans that their DNA samples could be used to create targeted biological weapons, caused Russia’s Defense Ministry to “take a fresh look” at the origins of the Covid pandemic.

“Taking into account the interest of the US administration in the study of narrowly targeted biological agents, such statements force us to take a fresh look at the causes of the novel coronavirus pandemic and the role of US military biologists in the emergence and spread of the Covid-19 pathogen,” Kirillov said.

Russia now suspects that USAID might have been directly responsible for the emergence of the Covid-19 virus, according to Kirillov, who pointed to a Lancet article by Columbia professor Jeffry Sachs, who suggested that the virus was likely created in a lab with the help of the America’s latest achievements in the field of biotechnology.

Kirillov pointed out that since 2009, USAID had been funding a program known as “Predict,” conducting research into new coronaviruses which involved the capture of wild bats infected with such pathogens, and that one of the project’s contractors, Metabiota, had been known for its military biological activities on the territory of Ukraine.

In 2019, the agency shut down the ‘Predict’ program while the Johns Hopkins Center for Health Security coincidentally began studying the spread of a previously unknown coronavirus.

“The implementation of the COVID-19 development scenario and USAID’s emergency phasing out of the Predict program in 2019 suggest the deliberate nature of the pandemic and US involvement in its occurrence,” Kirillov said.

He added that the recent emergence of the monkeypox virus, as well as the US’s purported history of using biological agents against its enemies, has led Moscow to observe a “clear trend” of pathogens which for whatever reason are of interest to the Pentagon, eventually turning into pandemics.

The US has repeatedly denied using biolabs in Ukraine to conduct military research and claims the “46 peaceful Ukrainian laboratories, health facilities and disease diagnostic sites” were used to assist Kiev in improving biological safety, security and disease surveillance for both human and animal health.

The exact origins of the Covid-19 virus have yet to be conclusively proven. However, the World Health Organization (WHO) stated in February 2021 that it was most likely transmitted from an animal, possibly a bat, to humans.