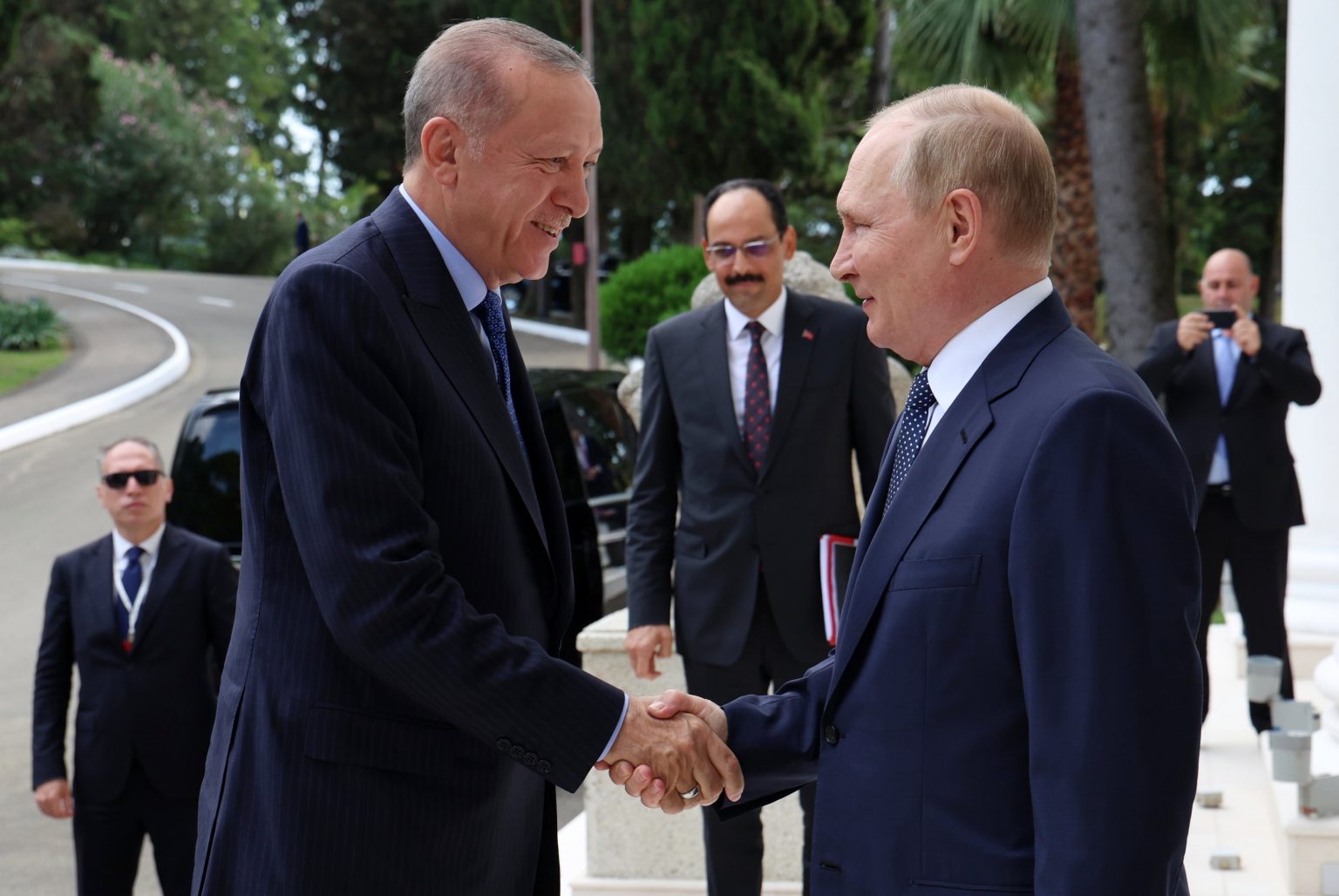 We will be continuing dialogue with Russia, our Black Sea neighbor, in all sectors to contribute to regional and global peace, the Turkish president said

Turkish President Recep Tayyip Erdogan proposed at the meeting with his Russian counterpart Vladimir Putin in Sochi on August 5 that his country can host a meeting between the Russian and Ukrainian leaders, the TRT television channel reported on Saturday citing Erdogan’s statements for presidential pool journalists upon his return from Sochi.

“It is crucial now to fully implement the grain export plan and substantiate this with practical steps to return to the Istanbul talks. I have been reiterating since the very start of the conflict that the Ukraine war cannot have any winners. Despite some problems ‘on the ground,’ I am strongly convinced that the crisis can be resolved at the negotiating table. I reminded distinguished Mr. Putin that we are poised to be a venue for his talks with [Ukrainian President Vladimir] Zelensky. We will be continuing dialogue with Russia, our Black Sea neighbor, in all sectors to contribute to regional and global peace,” the Turkish president said.

Erdogan earlier pointed out that the success of the “food deal” could help find the solution to the Ukraine crisis. On July 22, a package of agreements was inked in Istanbul to resolve the problem of food and fertilizer supplies to world markets.

Turkish representatives have repeatedly stated that they are ready to host Russian-Ukrainian meetings at any level. In late March, a face-to-face round of talks between the two countries’ delegations was held in Istanbul. In April, Russian President Vladimir Putin told reporters that having backed away from the agreements reached in Turkey, Kiev had brought the process to a standstill.