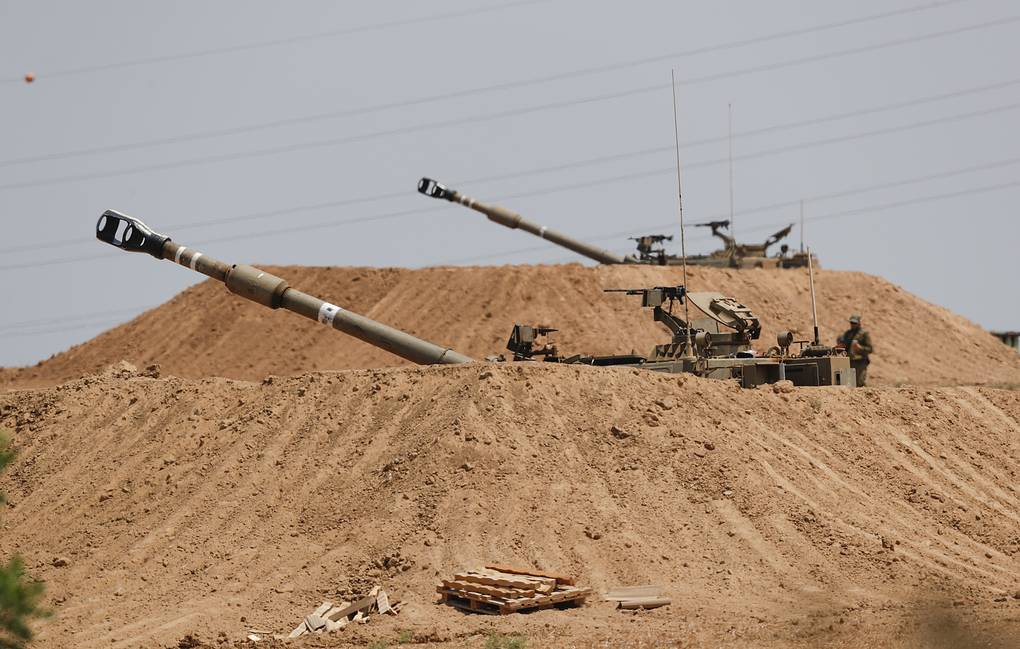 epa10109744 epa10109668 Israeli soldiers of an artillery unit close to the Israeli border with Gaza, southern Israel, 07 August 2022. A third day of tensions between Palestinian militants in Gaza and Israeli forces continue on 07 August, as they exchange rocket attacks and airstrikes resulting in the death of at least 29 Palestinians and injury of 253 others, according to the Palestinian Ministry of Health. The Israeli Army on 07 August announced that a second senior leader of the Palestinian Islamic Jihad movement Khaled Mansour, responsible of terrorist attacks against Israelis, was targeted and killed by IDF aircraft. EPA-EFE/ATEF SAFADI EPA-EFE/ATEF SAFADI

Ceasefire in Gaza Strip to come in force from 20:00 on August 7 – agency

A ceasefire in the Gaza Strip will come in force from 20:00 local time on Sunday, August 7, Reuters said on Sunday, citing a Palestinian official.

It said earlier that Israel has accepted a proposal on establishing a ceasefire suggested by Egypt, which is acting as a mediatory.

Al-Hadath TV said earlier in the day that Egypt is in talks with the Israeli and Palestinian sides on a ceasefire in the Gaza Strip.

According to Al-Jazeera TV, Egypt is expected to announce its call for a ceasefire at 17:00 local time. It also said, citing its sources that the ceasefire agreements will also provide for easing the economic blockade of the Gaza Strip.

The HAMAS radical Palestinian movement said earlier on Sunday that it completely supports the ceasefire and had spoken on this matter with the Islamic Jihad civilian leaders.

On Friday, Israel Defense Forces (IDF) launched Operation Breaking Dawn against the Islamic Jihad Palestinian group in the Gaza Strip. According to medical sources, thirty-two people were killed and 253 were wounded as a result of Israel’s strikes. In response, more than 700 missiles and rockets were fired at Israel’s territory.