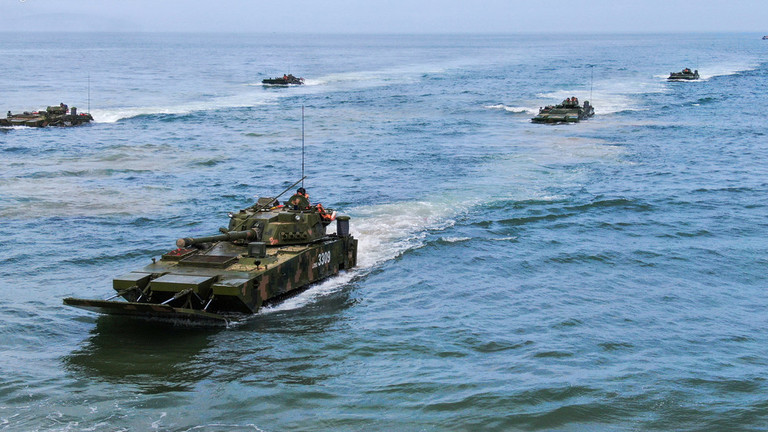 The Chinese military said its drills around Taiwan will continue on Monday, despite initial plans announced last week that they will last until mid-Sunday. They were launched in response to a visit to the island by US House Speaker Nancy Pelosi.

The training on Monday will take place in the sea and airspace near the self-governed island, and will focus on anti-submarine and amphibious assault operations, a statement released by China’s Eastern Theater Command said.

Monday’s prolongation of the training near Taiwan is the second announced by the People’s Liberation Army in as many days. The initial plan was to wrap up the training around noon on Sunday.

China launched a series of maneuvers around the island after Pelosi visited it in spite of Beijing’s objections. The Chinese government perceived the trip as a challenge to its claim of sovereignty over Taiwan.

The island was the last stronghold of US-backed nationalist forces, which lost the Chinese Civil War of the 1940s. Washington formally switched its diplomatic recognition from Taipei to Beijing during the 1970s rapprochement with China. Nevertheless, the US has maintained informal relations with Taiwan.

Pelosi claimed her trip to the island, the first by a US official of her rank in 25 years, was meant to support “democracy” against “authoritarian regimes.” Beijing claimed it encouraged secessionism and imposed a number of sanctions on Pelosi and Taiwan, in addition to launching military exercises.