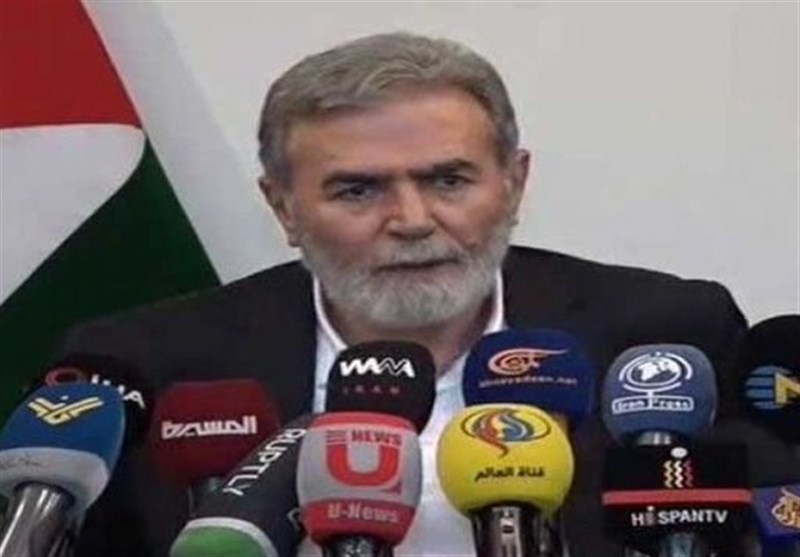 “Fifty-eight Zionist-populated settlements were simultaneously brought under the al-Quds Brigades’ rocket fire,” Ziad al-Nakhala said during a press conference in Tehran on Sunday after the movement agreed to a truce with Israel following three days of strikes on the Gaza Strip by the Israeli regime forces.

On Friday, the regime carried out a massacre against the Gaza City, killing dozens of people, including Taysir al-Jabari, a senior Islamic Jihad commander, and six children. The offensive prompted the al-Quds Brigades, the Islamic Jihad’s military wing, to respond by firing hundreds of rockets towards the occupied territories.

“The occupiers failed to impose any of their conditions on us,” Nakhala added. The Islamic Jihad, on the other hand, conditioned the truce on the release of two of its prisoners, who have been detained by the Israeli regime, he said.

The pair have been named as Bassem al-Saadi, a senior figure in the group’s political wing who was recently arrested in the occupied West Bank, and Khalil Awawdeh.

The Islamic Jihad came into existence to defend the unity of the Palestinian nation, the official stated.

“I present this victory to all the peoples, which stood by the Palestinian nation,” Nakhala said.

Despite agreeing to the truce, the movement has said it “reserves the right to respond to any (recurrent) Zionist aggression.”
Source: Tasnim