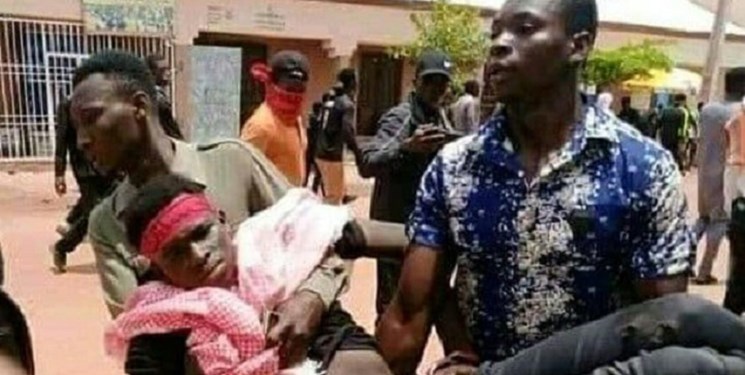 At least 7 people have been confirmed dead and more than 50 wounded after Nigerian Police Force and Army opened fire with live bullets on the peaceful Ashura procession in Zaria city of Kaduna State on Monday.

Nigerian security forces opened fire at the peaceful, unarmed Ashura mourners in the Zaria City of Kaduna State in the Northwestern of the country.

According to an eyewitness, the procession had already finished peacefully around 11 am, but after the closing prayer, the Nigeria Police Force arrived at the scene and started to fire teargas.

After that, soldiers who were initially stationed in front of Emir of Zazzau Palace fired live bullets at the mourners that were around the ‘Babban Dodo’ roundabout.

According to the report, the security forces have taken many people with gunshot injuries in their vehicles.

People in Nigeria continue to criticize Nigerian security forces who attack peaceful Shia procession instead of armed bandits who launch attacks on many cities and villages north of the country.

Many local and international human rights groups, including Amnesty International, slammed the Nigerian security under President Buhari for killing civilians on many occasions.