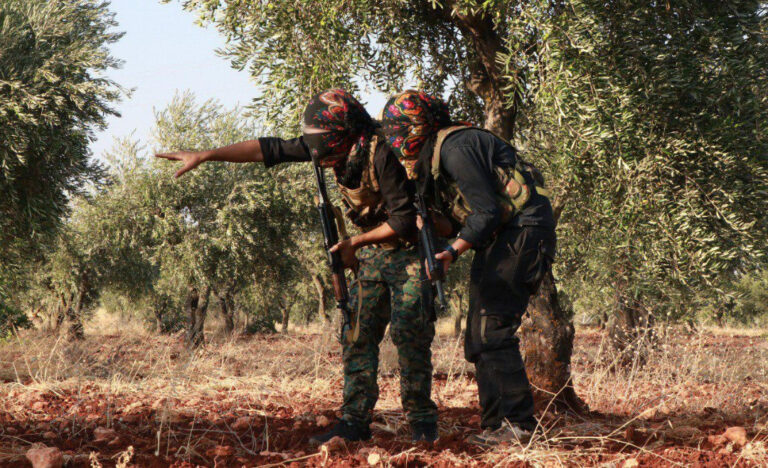 On August 14, the Afrin Liberation Forces (ALF) announced that its cells in the northern countryside of Syria’s Aleppo had carried out two new attacks against the Turkish military and its proxies.

“In the face of the [recent] attacks by the Turkish occupation army, retaliatory attacks were carried out in both Al-Bab and Marea regions, within the framework of legitimate defense,” the Kurdish guerilla group said in a statement.

The first attack took place on August 11 and targeted a vehicle carrying Turkish-backed militants near Marea. Three militants were killed and two others were wounded as a result of the attack, according to the ALF.

The second attack targeted a base of the Turkish military near al-Bab on August 12. The ALF claimed that three Turkish soldiers were killed and five others were wounded in the attack.

The Turkish Ministry of National Defense didn’t report any casualties on August 11, 12 or in the following days. This indicates that the ALF claims are false, at least when it comes to Turkish military losses.

The ALF emerged early on in 2018 following the occupation of the Kurdish-Syrian area of Afrin by the Turkish military and its proxies. The shadowy group is said to be a proxy of the Kurdish-led Syrian Democratic Forces (SDF). In the last few weeks, the group stepped up its attacks on the Turkish military and its proxies in what appears to be a response to recent Turkish drone strikes on the SDF.

The Turkish military sustained some serious human and material losses as a result of the ALF’s recent attacks. Ankara is already using these attacks to further its case for a new military operation against the SDF in northern Syria.