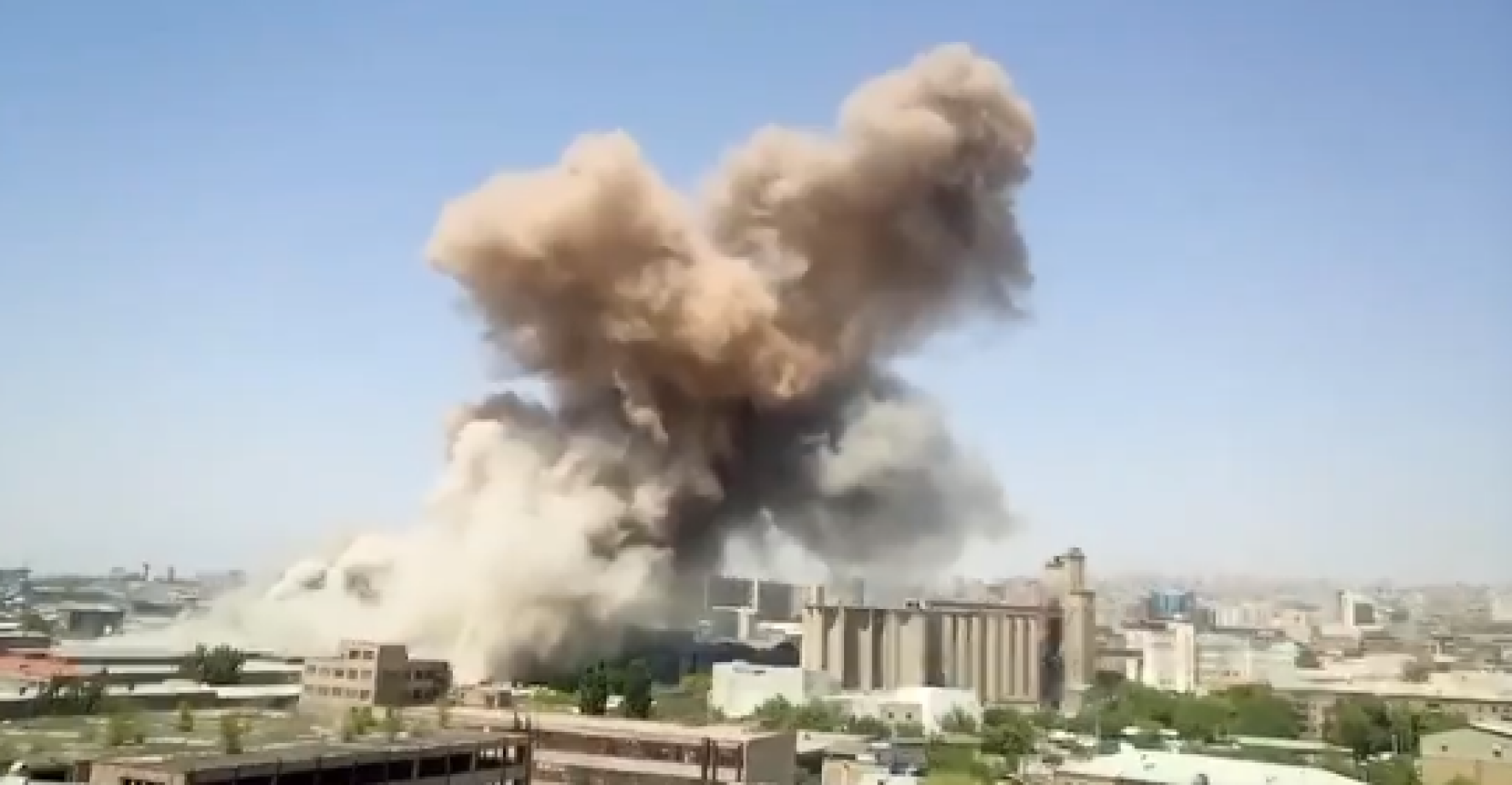 One person is dead and another 26 are wounded, according to Armenian authorities

An explosion rocked a shopping plaza in the Armenian capital on Sunday, resulting in several casualties, according to the nation’s Ministry of Emergency Situations.

According to the health ministry’s preliminary data, one person has died and another 26 were injured in the blast at the Surmalu shopping plaza in Yerevan. The city administration has said that there are some people stuck under the rubble and that a rescue operation is underway.

The ministry said that the explosion in the mall was followed by a fire, with videos posted on social media depicting large plumes of smoke. Eyewitnesses also reported several minor explosions, which could have come from fireworks.

A building on the grounds of the plaza that housed a pyrotechnics store has reportedly collapsed. The exact cause of the blast is unclear.

According to a member of the Yerevan Elders’ Council, Levon Zakaryan, a recent inspection by the fire protection authorities identified several violations, which the building was ordered to address.

Four fire-fighting teams were initially dispatched to the scene, while the total number of crews has now reached 20.

Several high-ranking Armenian officials have arrived at the scene, including the parliament speaker, Alen Simonyan, the head of National Security Service, Sarkis Hovhannisyan, and a deputy health minister.

Despite efforts by rescuers to keep bystanders away from the danger area, many are nevertheless helping first responders to clear the debris, put out fires and attend to the victims.