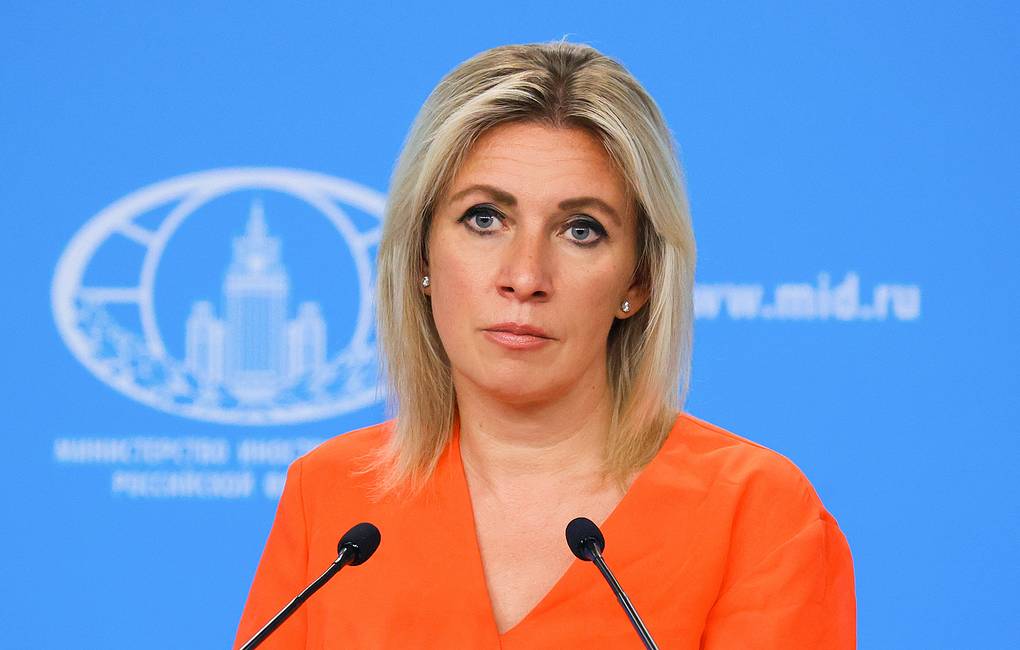 Russia calls on US, EU to push Kiev to stop attacks on Zaporozhye NPP — diplomat

According to Maria Zakharova, the Western approach is not supported by most of the international community members

“We strongly call on Washington, Brussels and other capitals, first of all, European ones, to drop their irresponsible games and intrigues around the Zaporozhye NPP and immediately push Kiev authorities to stop attacks on the station and adjacent territories,” she said. “Further connivance of Ukraine’s Western sponsors is a crime, including against their own citizens. These people, like people in Russia and Ukraine, will be exposed to incredible risks if Ukrainian nationalists don’t’ stop their attacks.”

She drew attention to the statement on the situation at the Zaporozhye NPP that was signed by a number of Western nations and released by the EU delegation to the International Organizations in Vienna on August 14. “It was a contracted fake about threats to the Zaporozhye NPP’s nuclear and physical security,” she said. “The status of this statement, which looks like delayed ‘calls-out’ after the August 11 extraordinary session of the United Nations Security Council called by us over the ongoing Ukrainian attacks on the Zaporozhye NPP, is not quite clear.”

“Western countries, again, are resorting to outright lies claiming that threats to the Zaporozhye NPP are created by Russia. Obviously, it runs counter to facts we have cited many times, including at the UN Security Council. No doubt that strikes at the nuclear plant and Energodar are delivered by Ukrainian forces acting at Kiev’s orders. These strikes continued when EU delegates in Vienna were collecting signatures under their statement, instead of strongly condemning [Ukrainian President] Vladimir Zelensky’s regime, which is reveling in its impunity,” she stressed.

“Out-of-place statements the European Union issues one by one in attempts to score imaginary political points are unequivocally perceived by the ruling clique in Kiev as a go-ahead to create obstacles to an international IAEA mission’s visit to the Zaporozhye NPP,” she said. “We strongly condemn attempts to obstruct this mission. In close cooperation with the agency and its leadership we will do everything necessary for the IAEA specialists to visit the station and give a truthful assessment of the Ukrainian side’s destructive actions.”

The Russian diplomat expressed concern over “the statement’s obsession with the ‘Russian threat,’” which is used to distract attention from the West’s foreign policy failures. “We see what all their former vows about commitment to the international laws in the area of nuclear security are worth. It is also obvious what the world will be like if international law in this sphere is replaced by their ‘rule-based order.’ These rules are needed by the West to interpret them in their political interests. Taking into account that the circle of the EU statement’s co-sponsors is quite limited, it can be said confidently that the Western approach is not supported by most of the international community members,” Zakharova added.

Located in the city of Energodar, the Zaporozhye nuclear power plant is controlled by Russian troops. In recent days, Ukrainian forces delivered several strikes at its territory using unmanned aerial vehicles, heavy artillery and multiple rocket launch systems. In most cases, such attacks are repelled by air defense systems but several shells hit infrastructure facilities and the vicinity of the nuclear waste storage.