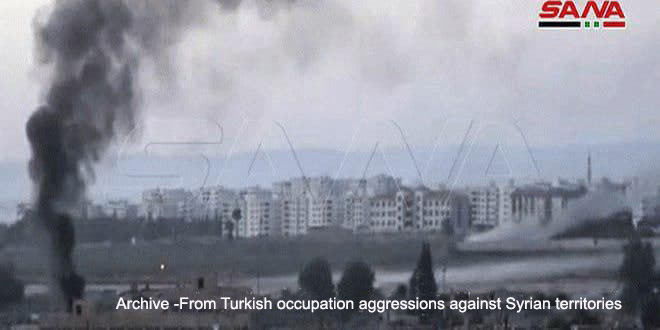 Turkish occupation forces and their terrorist mercenaries have escalated their acts of aggression on the villages and towns surrounding their areas of deployment, as they launched an attack with a number of heavy artillery shells on the city of al-Darbasiyah and the surrounding villages in Hasaka northern countryside.

Local sources told SANA reporter that “the Turkish occupation forces and their mercenaries targeted with heavy artillery shells the homes of citizens in the city of al-Darbasiyah and a number of surrounding villages, which led to huge damage to a number of houses and the public property.“

The sources added that the intensity and brutality of the attacks forced dozens of families to leave their homes and villages heading for safe areas in the south.