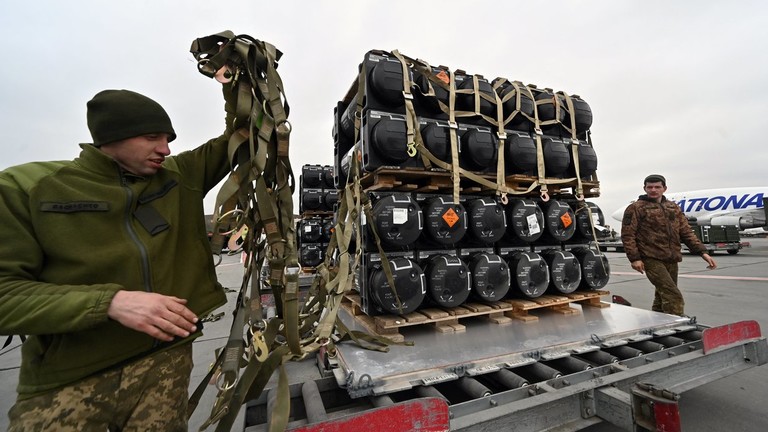 The arms provided to Kiev have not had a significant effect on Moscow’s military operation in Ukraine, the defense minister says

Russia’s military campaign in Ukraine has served to dispel the myth of Western ‘superweapons’, Defense Minister Sergey Shoigu said during an international security conference on Tuesday.

Speaking at the forum, part of the ongoing Army 2022 expo near Moscow, Shoigu claimed that the weapons provided to Kiev have not had a significant effect on the battlefield, as has been claimed by the West.

“Initially, it was about the supply of Javelin anti-tank systems and some unique drones. More recently, HIMARS multiple launch rocket systems and long-range howitzers were being promoted to the role of superweapons by Westerners. However, all of these weapons are being ground up in battle,” the minister said.

Shoigu added that Russian forces are “carefully examining” the Western weapon systems seized on the battlefield in Ukraine, and are “taking into account the features and specific qualities” of these weapons when planning combat operations.

The minister’s statement comes after US Defense Secretary Lloyd Austin announced last week that the weapons sent to Kiev by Washington have proven themselves effective on the battlefield and pledged to send more arms to Ukraine for “as long as it takes.”

The US has approved more than $54 billion of economic and military aid to Ukraine since February, while the UK has committed nearly $3 billion in military aid alone, and the EU has spent another $2.5 billion on arms for Kiev.

A large range of equipment, from rifles and grenades to anti-tank missiles and multiple launch rocket systems, has left Western armories for Ukraine, with most entering the country through Poland.

Moscow, meanwhile, has repeatedly warned the West against sending weapons to Kiev, saying it only prolongs the conflict and increases the number of casualties.