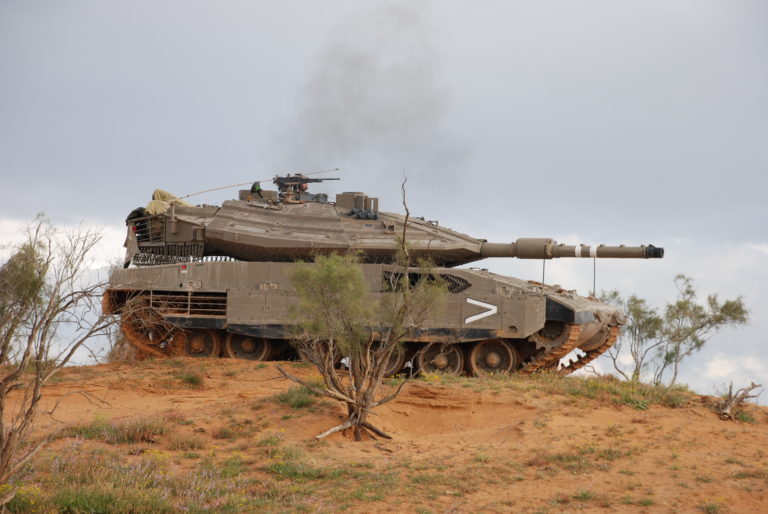 An Israeli tank had crossed the border line in the Golan Heights and then defiantly aimed its gun at Syrian military positions, deputy head of Russia’s Center for Reconciliation of the Warring Parties in Syria said on August 16.

Captain First Degree Yevgeny Gerasimov said that the Israeli move was a violation of the United Nations Security Council Resolution 350, which was approved on 31 May 1974.

“At 13:00 on August 15, the Israel Defense Forces tank left the Tell el-Faras Mountain in the direction of Es-Sabah settlement, then moved towards Ain Aisah settlement where it stopped for ten minutes, pointing its gun at Syrian Arab Army positions behind the Bravo demarcation line and then took off in the opposite direction,” the officer said.

He added that the Israeli armed forces deliberately violated the Alpha demarcation line, which “is not entitled to cross in accordance with Israel’s obligations to implement the United Nations Security Council resolution.”

Israel forces made several intrusions into southern Syria in last few months, either to drive Syrian troops and alleged members of Lebanon’s Hezbollah out from the buffer zone designated in the UN-brokered ceasefire agreement or to destroy their observation posts there.

On August 12, two Syrian civilians were wounded when an Israeli battle tank targeted a military observation post near the town al-Hmidaiah in the countryside of al-Quneitra in the southern region. Following the strike, Israeli drones dropped leaflets over al-Quneitra with threats to two senior Syrian officers who are allegedly cooperating with Hezbollah.

Israel is not only challenging the UN-brokered ceasefire but also trying to establish de-facto control over the buffer zone of the Golan Heights.