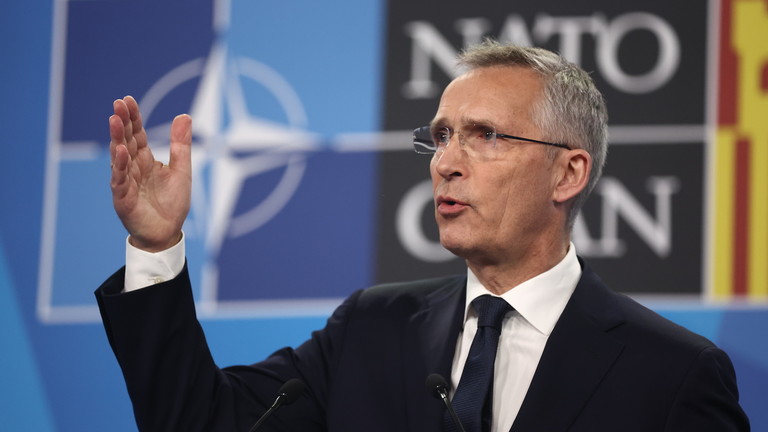 NATO Secretary-General Jens Stoltenberg has reiterated his promise that the bloc will intervene if “stability” is jeopardized in Kosovo during a press conference with Serbian President Aleksandar Vucic on Wednesday.

”Should stability be jeopardized, KFOR stands ready to intervene and will take any measures that are necessary to ensure a safe and secure environment and freedom of movement for all the people of Kosovo,” he said.

The leader of the military alliance called on “all sides” to “show restraint and avoid violence,” arguing that diplomacy was the only way forward even while threatening military intervention under the UN mandate if the two parties did not abide by the EU-mediated dialogue.

Stoltenberg is set to hold a meeting with Kosovo PM Albin Kurti later on Wednesday, while Vucic and Kurti will meet on Thursday in Brussels to continue the dialogue.

Tensions between Serbia and Kosovo are running high after the province passed a law requiring Serbs to exchange their Serbian passports for special Kosovo-issued documents and switch out their Serbian license plates for plates issued in Kosovo.

Stoltenberg initially told Vucic NATO would intervene in Kosovo in the event stability was jeopardized during a phone call on August 3, echoing a communique from the NATO mission to Kosovo issued the previous week.