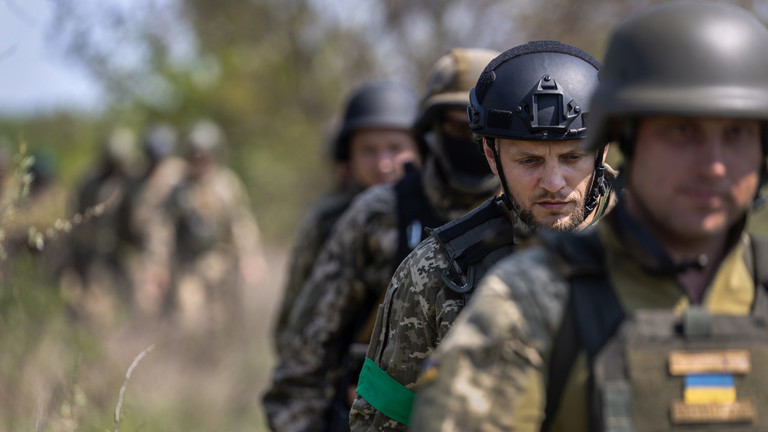 Some 100 Ukrainian soldiers have been executed by nationalist fighters from the “Kraken” regiment for abandoning their positions, Russia’s Ministry of Defense claimed in a daily briefing on Friday.

After Russian forces carried out an assault on Ukraine’s 58th motorized infantry brigade on August 14 near the settlement of Udy in the Kharkov region, the remnants of the formation fled their positions and retreated, ministry spokesman Major General Igor Konashenkov said.

In order to “suppress panic and intimidate the personnel of the Armed forces of Ukraine,” fighters from the neo-Nazi “Kraken” regiment “demonstratively executed 100 servicemen of the 58th motorized infantry brigade who abandoned their positions” near Udy, the official said.

The “Kraken” regiment describes itself as a special reconnaissance and sabotage unit under the Ukrainian Ministry of Defense, operating separately from the Armed Forces. Moscow considers it to be an offshoot of the notorious neo-Nazi “Azov” regiment which suffered a crushing defeat in the city of Mariupol back in May.

Russia’s Defense Ministry has accused the battalion of committing several war crimes since the beginning of the conflict, and believes it to be responsible for brutally mistreating Russian POWs.

While there is no information on how many fighters the “Kraken” regiment has, some estimates suggest it is about 1,800 soldiers strong, most of whom are Azov veterans and volunteers. Over the course of Russia’s military operation in Ukraine, the Ministry of Defense has regularly reported the elimination of hundreds of fighters from the “Kraken” regiment as well as from other nationalist divisions.

In its Friday update, Russia’s MoD reported destroying temporary deployment points of the “Azov” and “Aidar” formations near the city of Soledar in the Donetsk People’s Republic, and claimed to have eliminated over 50 neo-Nazi fighters as well as 12 units of military equipment.