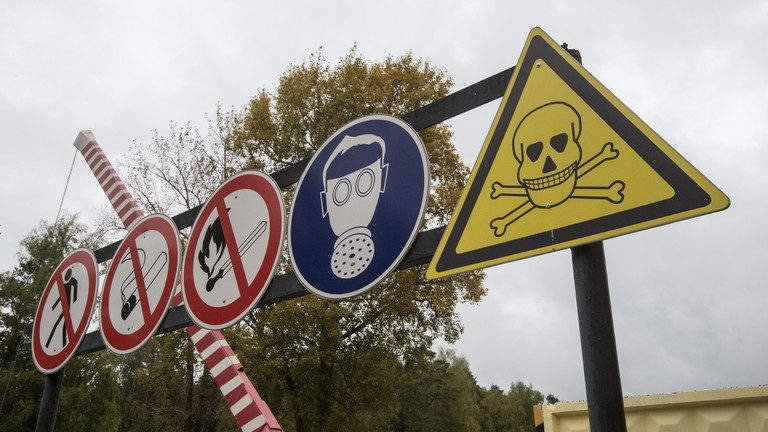 Traces of the toxin Botulinum toxin Type B have been discovered in the troops, the Defense Ministry says

Several Russian soldiers involved in the military operation in Ukraine have been hospitalized with severe chemical poisoning, the Russian Defense Ministry said on Saturday.

Traces of Botulinum toxin Type B, which is an “organic poison of artificial origin,” have been discovered in samples taken from the servicemen, the ministry said, accusing Kiev of “chemical terrorism.”

The Russian troops were “hospitalized with signs of severe poisoning” after being stationed near the village of Vasilyevka in Zaporozhye Region on July 31, the statement said.

“The Zelensky regime has authorized terrorist attacks with the use of toxic substances against Russian personnel and civilians” following a string of military defeats in Donbass and other areas, the ministry insisted.

Moscow plans to send laboratory tests from the soldiers to the Organization for the Prohibition of Chemical Weapons (OPCW).

Botulinum toxin, often called the “miracle poison,” is one of the most toxic biological substances known to science. Produced by the Clostridium botulinum bacteria, it blocks the release of the acetylcholine neurotransmitter, causing muscle paralysis.

Botulinum toxin Type A has been used in medicine in small doses in recent decades, especially to treat disorders characterized by overactive muscle movement. It’s also well known in cosmetology under its shortened name, Botox.

However, Botulinum toxin poses a major threat as a bioweapon due its ease of production and distribution, and the high fatality rate resulting from poisoning. Recovery is only possible after a lengthy period of intensive care.