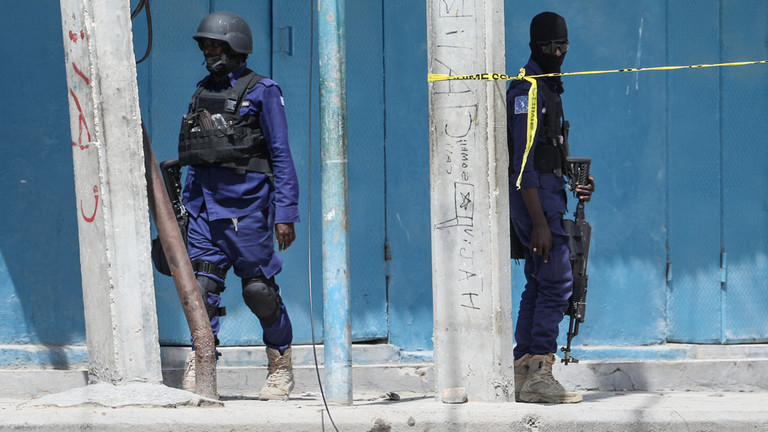 The Hayat in Mogadishu has been cleared of militants, with at least 13 civilians feared dead, a local commander says

Somali security forces have lifted a siege of a hotel in the nation’s capital by jihadists that lasted around 30 hours, a local commander told AFP on Saturday night.

According to Somali officials quoted by the news agency, at least 13 civilians were killed and dozens of others were injured when militants apparently linked to Al-Shabaab jihadist group, an affiliate of Al-Qaeda, stormed the Hayat Hotel in Mogadishu on Friday.

“The security forces have ended the siege now and the gunmen are dead, we’ve had no incoming gunfire from the building in the past hour,” an unnamed Somali commander told AFP.

Local officials did not provide any details on how many civilians or members of the security forces died during the siege. The death toll among the jihadists remains unknown as well. According to AFP’s sources, the building still needs to be cleared of any explosives that may have been planted by the militants.

Earlier, the Somali National News Agency claimed that law enforcement forces secured 95% of the building, while releasing photos of the badly damaged hotel. According to AFP, the security forces used heavy weaponry to attack the assailants.

According to police spokesperson Abdifatah Adan Hassan, the initial blast in the building was apparently caused by a suicide bomber who started the attack with at least three gunmen. Witnesses say a second explosion rocked the hotel just a few minutes later, inflicting casualties among those at the scene.

The hotel attack was the first major assault in the Somali capital carried out by the extremist group since the nation’s new president, Hassan Sheikh Mohamud, was elected in May.

While Al-Shabaab was driven out of Mogadishu in 2011 by the African Union Mission, a peacekeeping force acting with the approval of the UN Security Council, they are still in control of large swaths of land in the countryside.