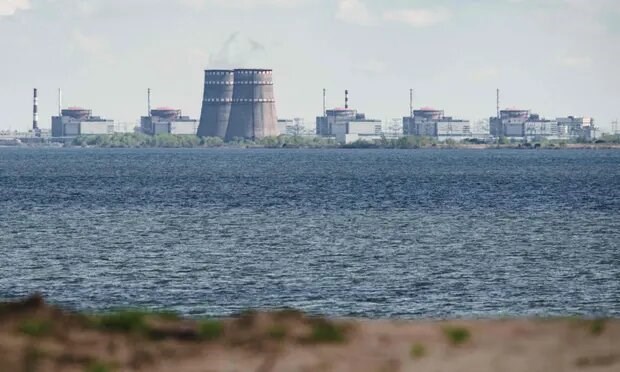 In its latest act of dangerous provocations against the largest nuclear power plant in Europe, Ukrainian forces have opened fire on the Zaporozhye nuclear power plant (NPP) using weaponry supplied by the West – however, critical facilities were not damaged in the attack, according to the civil-military administration of Energodar city.

“Kiev’s punitive forces have opened fire on the Zaporozhye NPP and the outskirts of Energodar,” the region’s administration wrote on its Telegram channel. “Artillery strikes on the area of the Zaporozhye nuclear power plant have been recorded.”

“According to received reports, Western long-range weapons were used for the strike. The fire came from the opposite bank of the Dnieper River. The shells exploded very close to one of the administrative buildings. The plant’s critical facilities were not damaged,” the civil-military administration said.

There are no reports thus far on casualties regarding the aggression.

Vladimir Rogov, a member of the main council of the civil-military administration of the Zaporozhye region, wrote on his Telegram channel that Ukraine’s Armed Forces opened fire just outside Energodar after a nuclear power plant sustained an artillery strike.

“Immediately after the artillery strike on the Zaporozhye NPP, militants of [Ukrainian President Vladimir] Zelensky opened fire on the suburbs of Energodar,” he wrote. “Information about casualties and damage to civilian infrastructure is being clarified. The city’s emergency services are promptly gathering information and are poised to provide assistance to injured people.”

The weapons Ukraine used to strike the NPP were the NATO-standard 155mm munitions, manufactured with US-made fuses, according to Rogov.

“The strike was conducted with the use of NATO-standard 155mm rounds fitted with US fuses M739,” the post said, revealing that the shells were scattered on the NPP premises.

Nevertheless, sensitive areas within the plant were not damaged in the attack.

Rogov, speaking to Sputnik Saturday, said “the constant shelling of cities and towns by the Ukrainian troops is dictated by their revenge, anger and impotence from the fact that the Zaporizhzhia region will never return to Ukraine.”

“The Zelensky regime is aware of the inevitable loss of the Zaporozhye region, and therefore is trying to harm my countrymen as much as possible, intimidate and force them to leave the region, including blackmailing them with strikes on the Zaporozhye nuclear power plant,” the official explained.

Russian forces have had complete control over the NPP since March, but drone attacks by Ukrainian forces have regularly targeted the facility, leading Russia to request help from the International Atomic Energy Agency (IAEA) to address security issues.