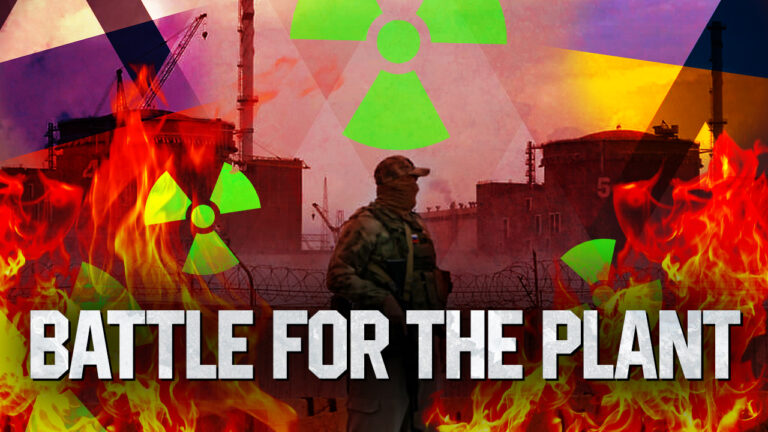 The Armed Forces of  Ukraine are constantly shelling the city of Energodar which is under control of the Russian military. The main target is the Zaporozhie nuclear power plant which is the largest one in Europe.

A civilian car came under fire. The driver was killed as a result of the attack. Another civilian was wounded.

“Strikes were recorded on the TPP area, preliminary, from American long-range artillery weapons. One civilian was killed, another received a shrapnel wound to the chest, doctors are fighting for his life,” the report says.

The local administration collects information about victims, as well as about damage to civilian infrastructure.

The Zaporozhye nuclear power plant fell under control of Russian forces in late February. The plant operates with local staff under Russian control. The strikes are carried out from the Ukrainian positions in the villages of Marganets and Nikopol’.

Despite the daily shelling, the radiation background at the Nuclear Power Plant remains normal. Security and specialized specialists conduct daily measurements and patrolling of the territory.

On August 20, the AFU shelled again the Zaporozhie NPP. Western long-range weapons were used during the attack. The fire was conducted from the opposite side of the Dnieper River. The shells exploded in the immediate vicinity of one of the administrative buildings but critical objects of the station were not damaged.

“Due to the intentions of the Ukrainian side to carry out a provocation at the NPP, it was decided to minimize the number of employees at their workplaces, which made it possible to avoid human casualties,” the local administration reported.

It was recently revealed that some of the NPP employees collaborated with the AFU and helped to adjust fire at the facility.

On August 17, two saboteurs were caught in Energodar. They worked at the Zaporizhzhya NPP and were engaged in adjusting fire of the AFU on the power plant. Additional information regarding the detainees was not reported.

Amid the ongoing shelling of the NPP and other strategic facilities, Ukrainian forces also target civilians in the city of Energodar on a daily basis. The attacks are carried out with foreign weapons supplied to the AFU by Kiev’s western allies.

For example, on August 15, civilian areas in the city were shelled by British Brimstone missile.

The missile is equipped with an active radar homing head, which allows it to independently search for armored targets in a given area. However, as the AFU launch these missiles from a semi-artificial ground installation and due to insufficient reconnaissance of their targets, Brimstones often do not reach their target, and hit civilians. As a result, one resident was killed and another was wounded that day.

The wreckage of the British Brimstone rocket in Energodar:

The Russian Defense Ministry warned that a disaster at a nuclear power plant would have dangerous consequences for European countries.

If the backup diesel generators and mobile pumps fail and the reactors collapse, radioactive substances will be released into the atmosphere at the largest nuclear power plant in Europe, which will then spread for hundreds of kilometers. Such an emergency situation will cause mass migration of the population and will have more catastrophic consequences than the impending gas energy crisis in Europe, which is confirmed by the forecast of a number of European specialized organizations, the Defense Ministry said in a statement.

We are ready to provide the IAEA with real high-resolution images, a sample placed on a slide, which shows that we do not place weapons, much less heavy ones, on the territory of this station. The Russian Defence Minister told UN Secretary-General António Guterres.

We know that with a large number of military and commercial foreign satellites, the same information can be presented to the global public by the US side.

At the same time, the US is keeping silent on objective data about the shelling and the situation at the nuclear power plant, thereby encouraging impunity for the Kiev regime and contributing to a possible nuclear catastrophe in Europe.

I would like to note that it is no coincidence that the media widely quotes the conclusions of experts of the American Arms Control and Disarmament Agency (Washington, D.C.) and some other similar institutions of Western countries, rather than the IAEA, which is entitled to such conclusions, that a large-scale catastrophe at ZNPP seems unlikely to occur.

According to them, the concrete shelters of its nuclear reactors are 10 metres thick, and the plant was also designed and built to cope with incidents such as the downing of a civilian aircraft.

However, it cannot be ruled out that a direct hit by large-calibre artillery shells into a dry storage facility for spent nuclear fuel would result in radioactive contamination of the area within a radius of up to 20 km, and an emergency situation at a nuclear reactor within 30 km at most. It is stressed that the risks of radiation spreading across Europe are estimated to be minimal.

Thus, according to US experts, the consequences of the nuclear incident at Zaporozhye NPP would be limited and would not affect the territory of European countries.

However, I would like to remind the UN Secretariat and the entire world community that the principal cause of the accidents at Chernobyl plant and Fukushima NPP, despite the fact that in the first case there were nuclear reactor experiments and in the second case there was an earthquake and tsunami, was the failure of support systems, disruption of power supply, partial and complete blackout of cooling systems, which led to overheating of the nuclear fuel and destruction of the reactor.

As a result of the Chernobyl accident, more than 20 European countries were contaminated with radioactive isotopes. Some 4,000 people have died from direct exposure to radiation, tens of thousands of cases of genetic deformities in newborns and hundreds of thousands of cases of cancer. Excluding the consequences of the forced evacuation, up to 100,000 people and more than 5.5 million people received an increased dose of radiation.

At Fukushima, only at first sight the consequences may seem minor. Up to 500,000 people have been forcibly evacuated in stages, and the consequences of radioactive water dumped in the ocean will be felt by posterity.

It seems to have been forgotten.

According to our experts, a similar situation may arise at Zaporozhye NPP because of AFU’s actions.

For example, in case of failure of backup diesel generators and mobile pumps, in an emergency situation the core will overheat and consequently destroy the reactor facilities at Europe’s largest nuclear power plant, releasing radioactive substances into the atmosphere and spreading them hundreds of kilometres away.

Such an emergency would cause mass population migration and have more catastrophic consequences than the impending gas energy crisis in Europe, as predicted by a number of European specialist organisations.”

According to the Defence Ministry, the Ukrainian side, together with their US handlers, are trying to play the card by causing what they believe to be a minor accident at the nuclear power plant and thus disrupting the normal and safe operation of the plant, blaming it on Russia.

Taking into account weather conditions in the area on August 15-18, in case of an accident at the Zaporozhie nuclear power plant, radiation will primarily affect Ukraine and then it will affect the neighboring European states. During the years long war in Ukraine, the Kiev regime has clearly demonstrated that it does not care about the fate of the population of Ukraine, not only in the eastern regions, but throughout the country.