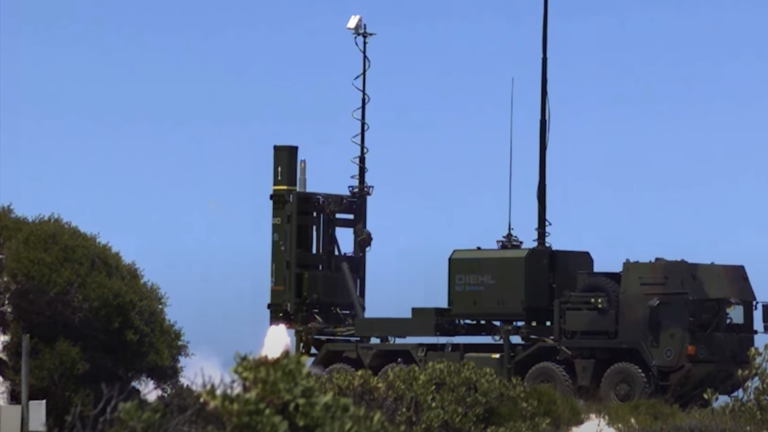 The German Chancellor dismissed accusations he was “intimidated by Putin”

Berlin supplies “a lot of weapons” to Kiev and will continue to provide Ukraine “with what it needs for its defense,” Chancellor Olaf Scholz said, in response to criticism from a former Bundeswehr general.

Germany is currently “in the process of supplying the most modern and efficient equipment,” Scholz stressed during a traditional ‘open-doors day’ this weekend, citing recent multiple deliveries of self-propelled ‘Gepard’ anti-aircraft guns and PzH 2000 howitzers.

The German leader claimed that his main focus remains on “ensuring that there is no escalation of the war,” when a retired Bundeswehr general Klaus Wittmann accused him of a lack of “leadership” and appearing “intimidated” by Russian President Vladimir Putin, as cited by the German news outlet NTV.

Even more weapons “will be there soon,” Scholz vowed, apparently referring to the long-promised deliveries of an Iris-T SLM anti-aircraft missile system and a Cobra artillery radar, but providing no clear timeline.

Back in June, Berlin promised to send Kiev one Iris-T unit for free, but Ukraine wants at least a dozen and has offered to purchase the rest directly from the manufacturer, even though  Germany’s armed forces reportedly do not have enough air-defense systems themselves. Kiev is expected to receive the first such system no earlier than November, according to previous reports.

Last month, Germany also committed a Cobra artillery radar to Ukraine, reportedly set for delivery in September. According to German Defense Minister Christine Lambrecht, Kiev has already signed the contract for the materials and troops should have started training to operate “this highly complex system.”

Russia sent troops into Ukraine on February 24, citing Kiev’s failure to implement the Minsk agreements, designed to give the regions of Donetsk and Lugansk special status within the Ukrainian state. The protocols, brokered by Germany and France, were first signed in 2014. Former Ukrainian President Pyotr Poroshenko has since admitted that Kiev’s main goal was to use the ceasefire to buy time and “create powerful armed forces.”

Germany condemned Moscow’s and expressed its solidarity with Kiev. It joined Western sanctions against Russia and supplied Ukrainian forces with significant volumes of weapons. At home, however, Scholz has faced criticism over supposedly not doing enough to help Ukraine from both his fellow coalition members, including Foreign Minister Annalena Baerbock, as well as the ex-Ukrainian ambassador to Berlin, Andrey Melnik, who even called Scholz an “offended liverwurst” over his refusal to visit Kiev in May.