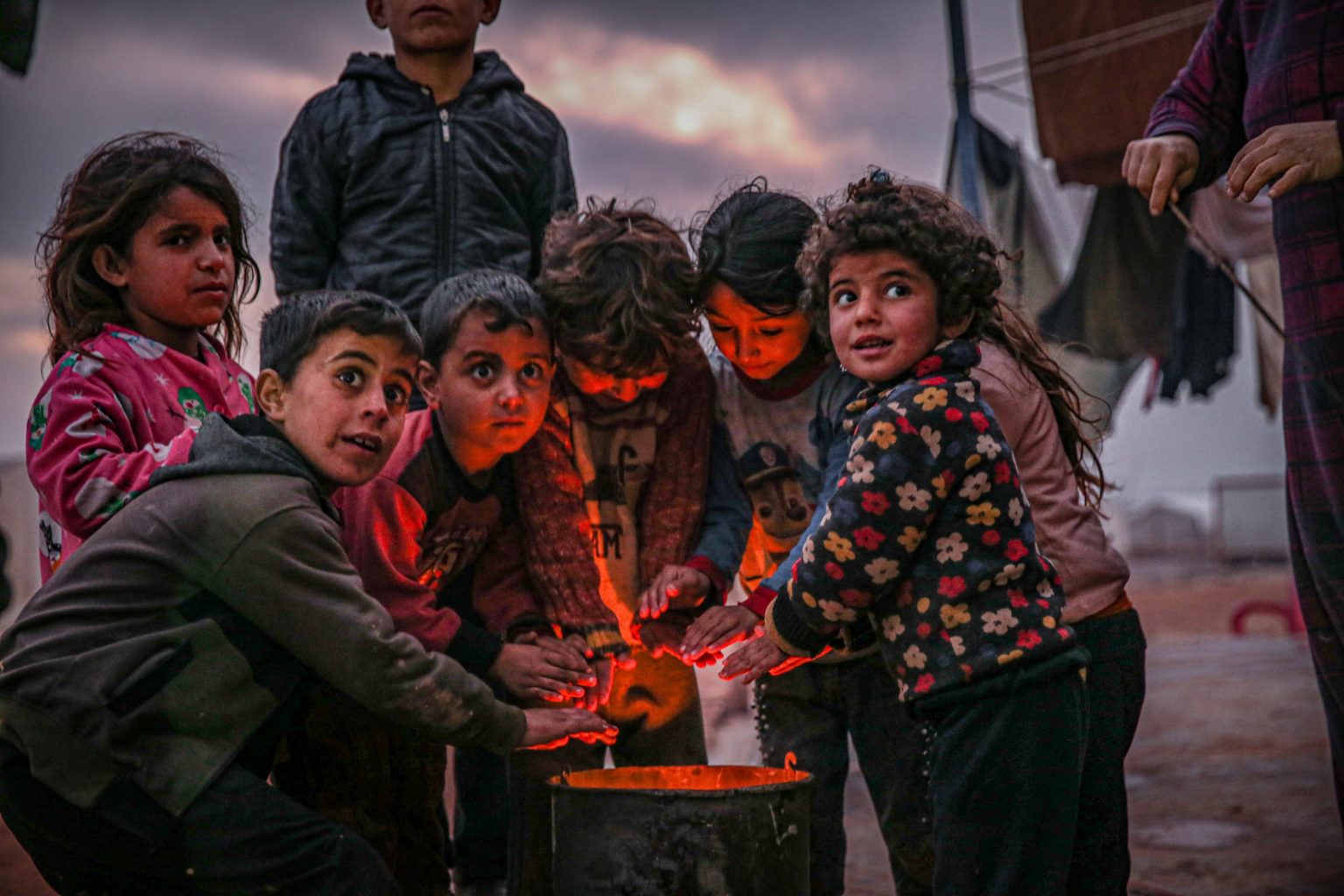 A cold winter ahead for Europe and Syria

While the world has sympathy for the plight of Europeans facing a cold winter because of their energy crisis, Syrians have been suffering a lack of energy since 2011.  The European energy crisis is based partly on politics, but the Syrian energy crisis is caused exclusively by the US-NATO political attack on Syria for regime change.

Syria has a milder climate than Europe; however, Aleppo, Homs, and Damascus have snow on the ground during part of every winter. Syrian residents have almost no electricity, and a shortage of cooking gas, home heating fuel, and gasoline.  Why are Syrians being collectively punished?  The US-EU sanctions have caused suffering in Syria where the middle class has become the newly poor, and the poor have become destitute.

The attack and destruction of Syria have been supported and funded by European leaders who represent the European citizens democratically.  It is no wonder Em Ahmed said, “Let them get a taste of their own medicine.”

Europeans are facing a cold winter

Europe is the epicenter of a global energy crisis according to the International Energy Agency.

Syria has oil wells and gas wells, but the illegal occupation US military has been stealing the oil from the largest oil field and since August 11 it has delivered 537 oil tankers of looted oil to the US military base in Iraq.

Causes of the European energy crisis

The European Commission implemented a full ban on Russian coal in August, and Gazprom has cut back on pipeline flows to Europe. EU nations are preparing for a hard winter, while cutting gas consumption, boosting Liquefied Natural Gas (LNG) imports for storage, and in some cases restarting coal-powered plants.

The current energy crisis in Europe is caused by increased energy demands as the pandemic has allowed for an economic recovery phase, decreased wind power, limited gas sales by Russia on the spot market, limited gas supply from Norway, and past higher gas usage due to cold winter weather.

Europe has relied on Russian gas imports as they transitioned from coal to gas for electricity production. The US kept warning Europe that they should reduce its dependence on Russian gas, but it took the current conflict in Ukraine to make a change.

Experts have complained that Europe caused its energy crisis by failing to act quicker on a transition to renewables and form a coherent energy policy.  They feel fossil fuels have caused climate change, and renewable energy sources offer the best path to avoid future energy crises.

Europe had relied on Russian gas, but Russian gas cutoffs have affected European energy security. Russian gas amounted to about 40 percent of European imports, but Moscow has slashed the flow after Europe supported Ukraine.  Europe looked to Norway and North Africa to fill in the void, but the support didn’t materialize.

Japan, South Korea, and China hold the key to Europe’s winter heating, as they are among the biggest importers of LNG, and their winter heating demands coincide with Europe’s. The three Asian countries have produced more energy from renewables: Japan and South Korea in solar power records, and China in hydropower. The post-pandemic economy recovery has seen Asian consumers competing with Europeans for gas, as there was a massive import of LNG to China.

“This is the most extreme energy crisis that has ever occurred in Europe,” said Alex Munton, an expert on global gas markets at Rapidan Energy Group, a consultancy. “Europe [is] looking at the very real prospect of not having sufficient gas when it’s most needed, which is during the coldest part of the year.”

Causes of the Syrian lack of energy

Syrians have about two to three hours of electricity every 24 hours.  This is caused by the destruction of power generating stations by terrorists, which cannot be repaired due to US-EU sanctions which prevent all infrastructure repairs, and the lack of fuel to be used to generate electricity, due to the US military occupation and looting of the main oil fields in the northeast.

Syrians are lacking gas for cooking, and gasoline and diesel for transportation, along with soaring food prices due to the currency devaluation amid hyperinflation.

In November 2021, Syria’s Internal Trade and Consumer Protection Minister Amr Salem blamed the US-EU sanctions for the suffering of the Syrian people, as the sanctions are hindering the import of petroleum products.  Before 2011, Syria was energy sufficient, producing enough of their gas for domestic use, and allowing for some export.  Now, with the US military stealing the oil since President Trump gave the order in 2019, Syria depends on imports, but the sanctions prevent even that.

In August 2021, the Syrian electricity ministry reported that the total direct and indirect losses of the electricity sector as a result of the war amounted to about 6.1 trillion Syrian pounds (24.4 billion U.S. dollars).

Before the conflict, Syria relied on 11 fossil-fuel power plants (oil and gas), while hydroelectric power came from three dams located on the Euphrates River. Attacks by terrorists destroyed four power stations, and dozens of pipelines, which has left the country with less than 15 percent of the electricity used in 2010.

In January 2012, the gas pipeline in Homs was attacked.  CNN reporter Arwa Damon and her crew were embedded with the Free Syrian Army, who was a Syrian armed militia following Radical Islam, and supported and weaponized by the US and the EU.  Damon was tipped off by the terrorists that they were going to blow up the pipeline, and she and her crew set up their camera ahead of time to capture the later explosion.  Damon was complicit in an act of terrorism that deprived innocent civilians of electricity.  This is the same CNN reporter who in 2014 bit a medic at the US Embassy in Baghdad while in a drunken attack on Charles Simon and Tracy Lamar, who later sued CNN for 1 million dollars in damages.

This winter in Europe may see rationing of energy, industrial shutdowns, and perhaps an economic meltdown.  Strikes already have erupted as spiraling prices and cost of living spikes cause households to struggle.

In Norway, the European Union’s biggest supplier of natural gas after Russia, mass strikes in the oil and gas industries recently forced companies to stop production, sending fear throughout Europe.

In Syria, the winter outlook is even bleaker, as the Syrian people are collectively punished for resisting the Radical Islamic overthrow of the Damascus government, and for fighting back against Al Qaeda and its allied militias who occupy Idlib today.  Syrians are still studying by candlelight.  Forgive them for not feeling too much sympathy for the Europeans who supported the terrorists who took their electricity away.