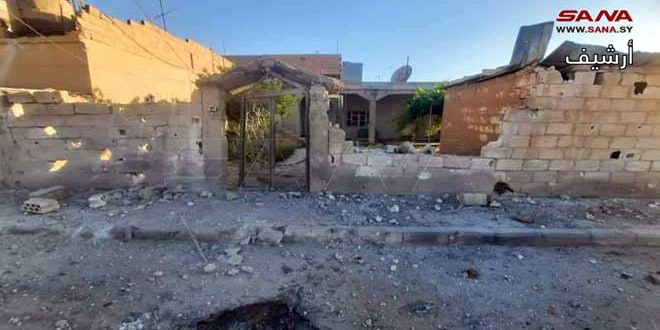 Two martyrs, ten wounded in attacks by Turkish occupation and terrorists on Hasaka and Aleppo countryside

Two civilians were martyred and ten others were injured in shelling attacks by the Turkish occupation and its affiliated terrorist organizations on residential areas in the countryside of Aleppo and Hasaka.

Meanwhile, the occupation forces and terrorists in the northwestern countryside of Hasaka targeted the village of Tal al-Laban, affiliated to Tel Tamer district, causing damages to homes and public properties, with no causalities reported, SANA reporter quoted locals there as saying.