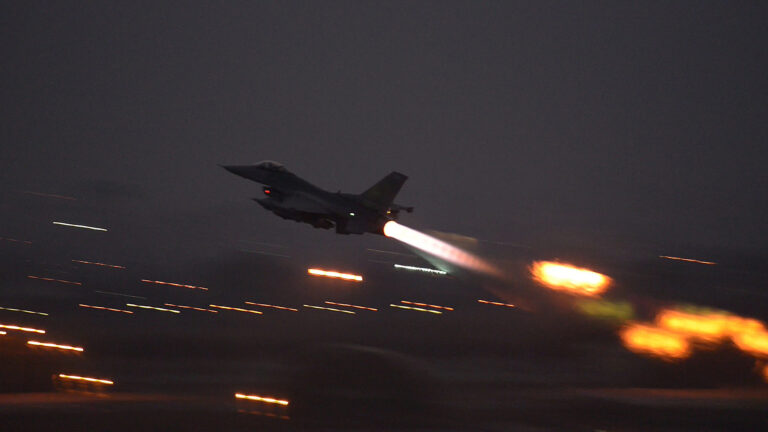 The strikes were a response to two attacks which targeted US forces in Syria on August 15. Back then, a number of suicide drone struck a garrison of the US-led coalition in the southeastern area of al-Tanf. A salvo of rockets also hit the coalition’s Green Village base inside al-Omar oil fields in Deir Ezzor. Both attacks were blamed on the IRGC.

In a statement, the CENTCOM said that the strikes on IRGC-affiliated groups in Deir Ezzor were personally ordered by President Joe Biden.

“Today’s strikes were necessary to protect and defend US personnel. The United States took proportionate, deliberate action intended to limit the risk of escalation and minimize the risk of casualties,” Colonel Joe Buccino, CENTCOM Communication Director, said in the statement. “The United States does not seek conflict, but will continue to take necessary measures to protect and defend our people.”

Syrian news sources said that more than three US strikes targeted weapons depots and a training camp in the outskirts of the town of Ayyash in the northeastern countryside of Deir Ezzor. However, no casualties were reported as a result of the strikes.

The Syrian government has not addressed the US strikes, yet. However, Iran denied having any link to the facilities struck in Deir Ezzor.

“The U.S. attack on Syrian infrastructure and people is a violation of Syria’s sovereignty and territorial integrity. The sites targeted had no links to the Islamic Republic,” Iranian foreign ministry spokesperson Nasser Kanaani said on August 24.

It’s worth noting that the August 15 attacks on US forces were reportedly a response to a series of Israeli strikes that hit Syria a day earlier. The strikes killed three Syrian soldiers and wounded three others.

IRGC-affiliated groups in Deir Ezzor were already expecting a US response. The groups didn’t strike back, likely to avoid any further escalation. The strikes will not likely deter these groups, which were hit by the US and even Israel on several occasions in the past.