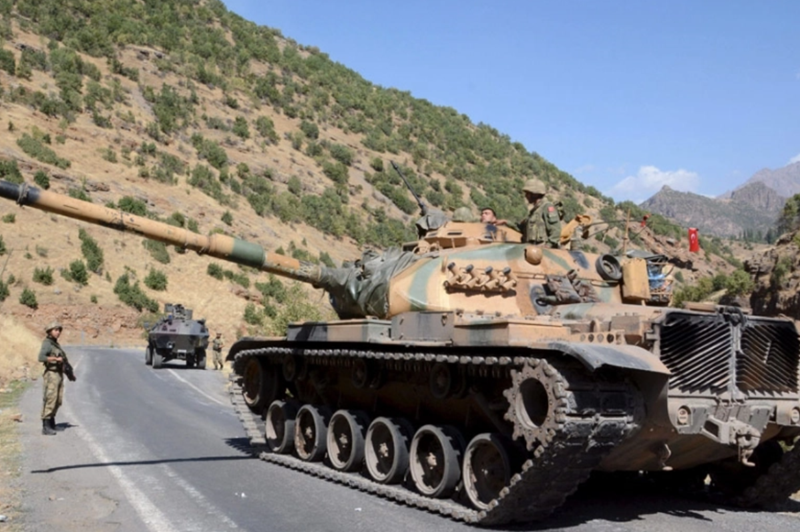 Al-Mayadeen correspondent reports an attack targeting the Zlikan base in Bashiqa, east of Nineveh with several missiles.

Al Mayadeen correspondent reported that the Turkish-operated Zlikan military base in Bashiqa, east of Nineveh governorate was targeted with several rockets.

The rockets were launched from the city of Mosul, and no information was received about any casualties as a result of the attack.

A few days ago, Al Mayadeen correspondent in Baghdad reported that Turkish warplanes targeted the village of Sigiri in the Dohuk governorate in northern Iraq.

This was preceded by Turkish helicopters raiding Sidekan in Soran District, Erbil Governorate, northern Iraq. The attack resulted in fires breaking out in a number of agricultural lands.

It is noteworthy that Turkish planes are constantly targeting villages in the Dohuk governorate, where, on July 20, Turkish raids targeted the Barkh resort, killing a number of civilians and wounding dozens.

In July, the Iraqi government sent a letter to the United Nations Security Council saying that Baghdad documented more than 22,740 violations committed by the Turkish armed forces.

The Iraqi Foreign Ministry said that “the Ministry of Foreign Affairs sent a letter of complaint to the Security Council and requested it to hold an emergency session to discuss the Turkish aggression.”

The Iraqi parliament discussed in an emergency session on July 23 the Turkish attacks on northern Iraq.