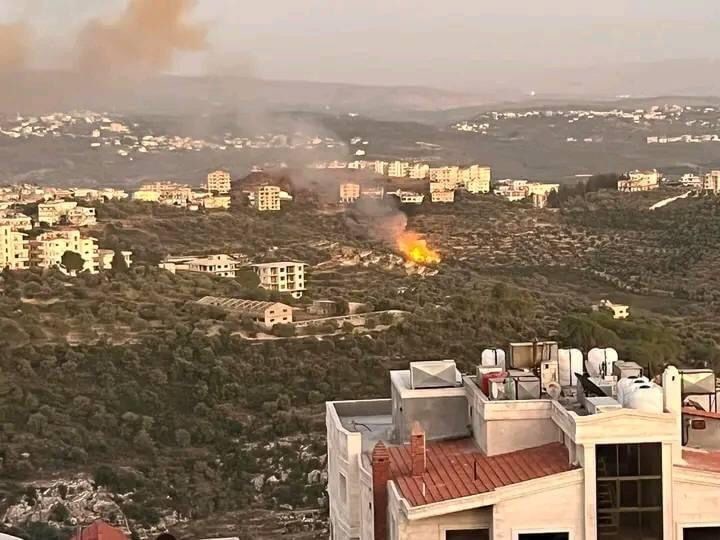 The Syrian air defenses confront an Israeli aggression in the sky of the city of Misyaf in Hama Governorate.

SANA news agency confirmed Thursday that the Syrian air defenses engaged hostile targets in the sky of Misyaf city in the countryside of Hama Governorate.

Sputnik reported that violent explosions were sounded in the vicinity of the Misyaf area in the western countryside of the Hama governorate caused by the Syrian air defenses’ response to Israeli aggression in the area.

According to the agency’s reporter, the Israeli aggression was carried out by warplanes that fired a number of missiles toward some targets in the vicinity of the Misyaf area, west of Hama.

The reporter pointed out that all the sounds of explosions that were heard in the vicinity of the city of Tartus and its surroundings were caused by the Syrian air defenses’ response to the Israeli missiles, denying any aggression against Tartus.’

It is noteworthy that on August 14, Al Mayadeen correspondent reported that the Syrian air defenses engaged Israeli missiles targeting points in the vicinity of the city of Tartus, noting that the aggression was carried out by Israeli warplanes from over Lebanese territory.

According to a military source, the Israeli aggression led to the death of three soldiers, and the wounding of three others.

Hundreds of Israeli airstrikes against Syria

“Israel” has carried out hundreds of airstrikes against Syria in the last few years, completely violating the integrity and sovereignty of Syria and neighboring countries, such as Lebanon.

“It may seem that Israel received a carte blanche to engage in illegitimate unilateral action upon silent approval of Washington that basically blocked all opportunities to have the peace process recovered,” Polyanskiy said.

US reviews Israeli plans for strikes against Iranian targets in Syria

According to current and former US officials, “Israel” secretly coordinates with the US on many of the airstrikes it conducts in Syria.

Behind the curtains, current and former officials say that for several years, many Israeli missions have been reviewed in advance for approval by senior officials at US Central Command and the Pentagon.

This means that the formal coordination was previously unknown, and the secrecy surrounding it demonstrates how Washington has sought to support its Israeli ally.

The US review, according to the Wall Street Journal, mainly focuses on Israeli missions in eastern Syria that pass close to the US occupation’s Al-Tanf base.