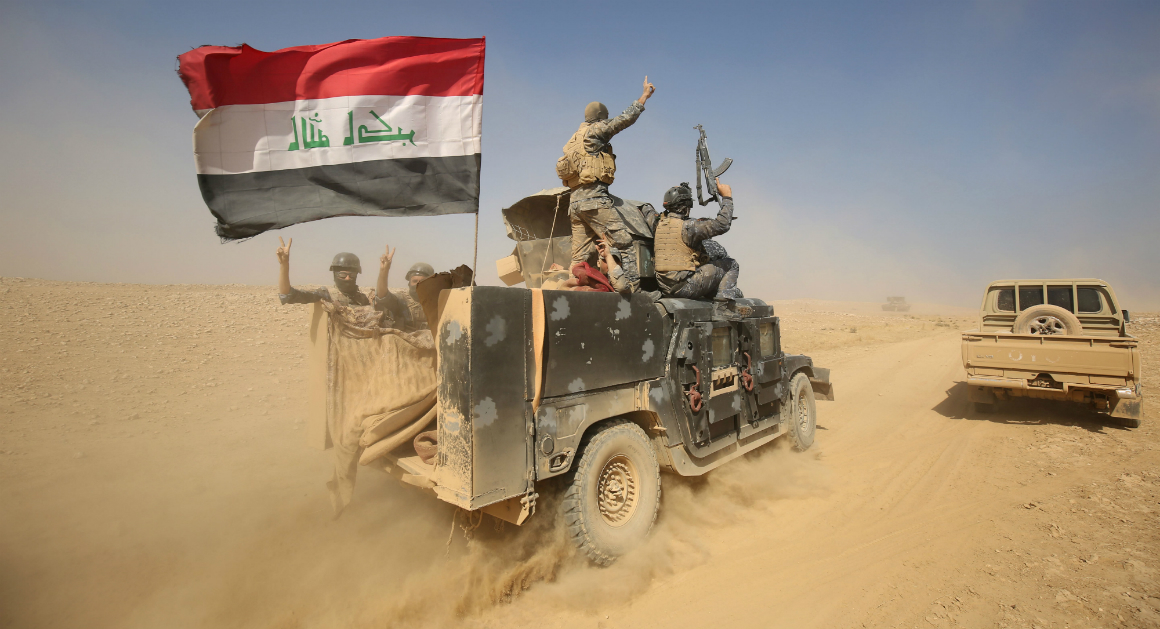 4 IS militants killed in clashes with security forces in E. Iraq

Four Islamic State (IS) militants were killed on Saturday in Iraq’s eastern province of Diyala, the media office of the Iraqi Joint Operations Command (JOC) said in a statement.

The IS militants from Himreen Lake in Diyala were trying to destroy surveillance cameras, which were installed by the security forces to monitor IS militants’ movement along their routes in the mountainous Himreen area, according to the statement.

The security forces tracked down the militants and clashed with them, leaving four militants killed and two others wounded, it added.

In a separate statement, the JOC said Iraqi security forces, backed by aircraft, launched an operation to destroy IS hideouts in the al-Zab area in the northeastern province of Kirkuk at dawn.

The statement gave no further details about the operation but said more information would be released later.

Over the past months, Iraqi security forces have conducted operations against extremist militants to crack down on their intensified activities.

The security situation in Iraq has been improving since 2017 after defeating the IS. However, the IS remnants have since melted into urban centers, deserts, and rugged areas, carrying out frequent guerilla attacks against the security forces and civilians.